While this isn’t recent (it actually dates back to 2007), it’s still fun. With parents spending way too much on strollers, it’s cool to see this Imperial AT-AT Walker Stroller in capable hands, and built on a budget. 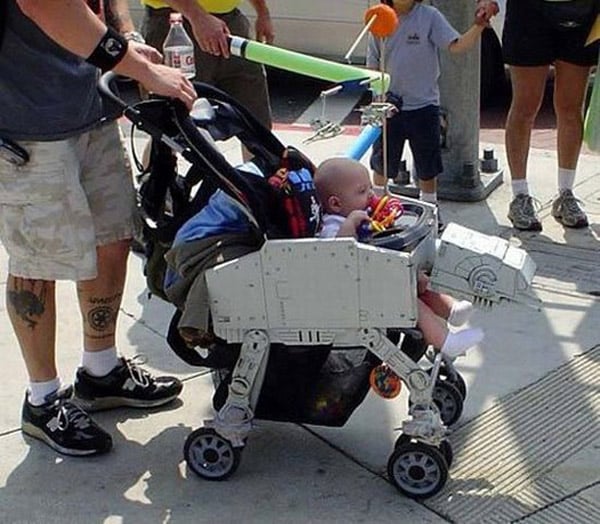 Rick Russo wanted his son Reed to get to know the original Star Wars as soon as he came out of the womb, that’s why he came up with this hack for his son’s stroller. The body panels were cut out of foam from a cardboard template and tied together with zip ties. It took Rick between 30 to 40 hours to complete this hack. 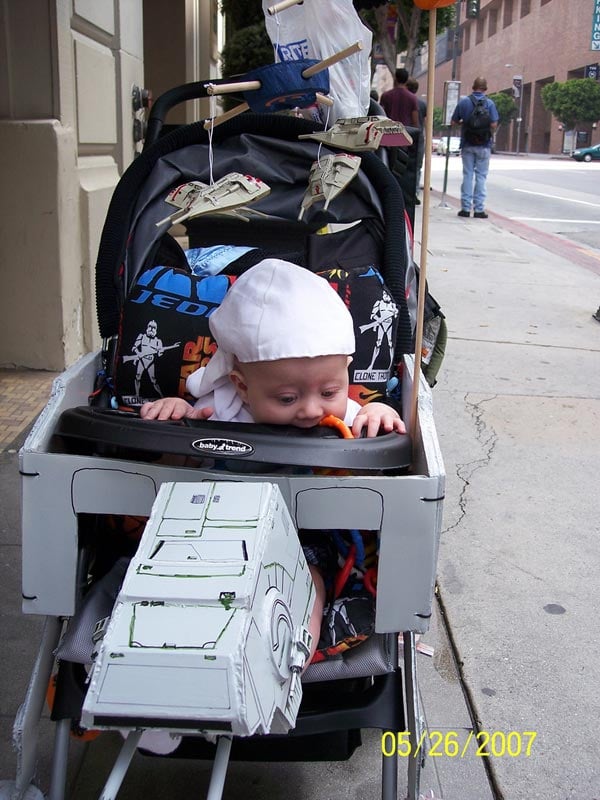 The whole thing looks pretty cool and undoubtedly sets this stroller apart from all of the gazillion others. It’s a perfect idea for all of the Star Wars fans having their own kids, and it’s bound to be fun for the tots as well. Remember, it’s never too early to start your kids on Star Wars. 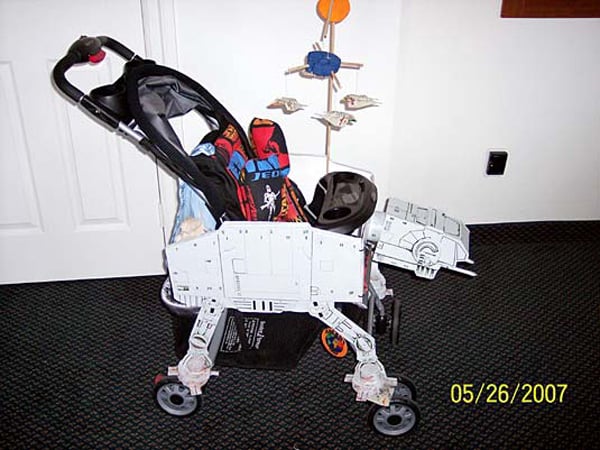