So what’s  a Lapdock? It’s a dock that will work with Motorola’s “Webtop”-enabled smarpthones. This is the mode that Motorola smartphones go into when they are connected to a TV or a laptop dock. The phone turns into a mini Linux laptop with a full desktop browser and more features. 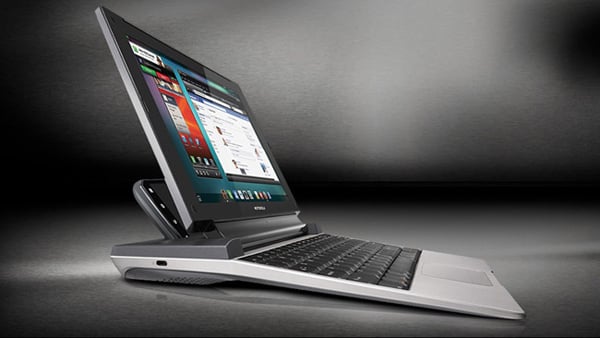 For now, the Motorola Photon 4G and Motorola Atrix are the only smartphones that will work with the Lapdock 100, but that’s better than the older models which each had a different dock. It’s a bit chubbier than previous models, weighing about 2.2 pounds, and offers a 10.1″ screen. It’s a nice concept, but I doubt that the current crop of phones are truly fast enough to replace a decent laptop. 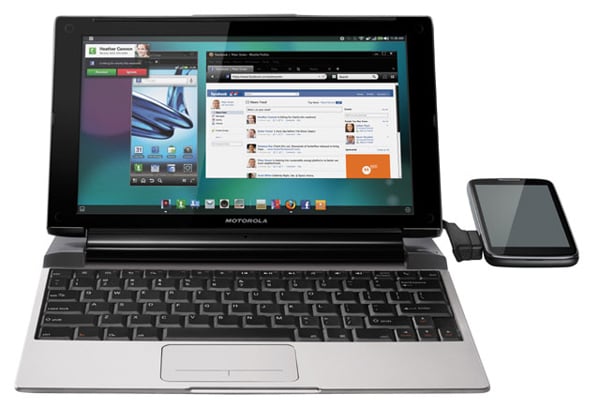 For now, the pricing of the new Lapdock hasn’t been announced, but the outgoing models sold for around $500 (USD). It will need to be a lot cheaper than that for more people to adopt it, especially when you can pick up decent netbooks for under $300.