The concept of an intelligent refrigerator is nothing new. Appliance manufacturers have been cooking up concepts for years now, equipped with all sorts of features ranging from the practical (a fridge that can make a recipe for a meal depending on what’s inside) to the gimmicky (a fridge that tweets). Here’s another take on the smart fridge by HfG Schwäbisch Gmünd students Fabian Kreuzer and Markus Lorenz Schilling that uses Arduino and RFID tags. 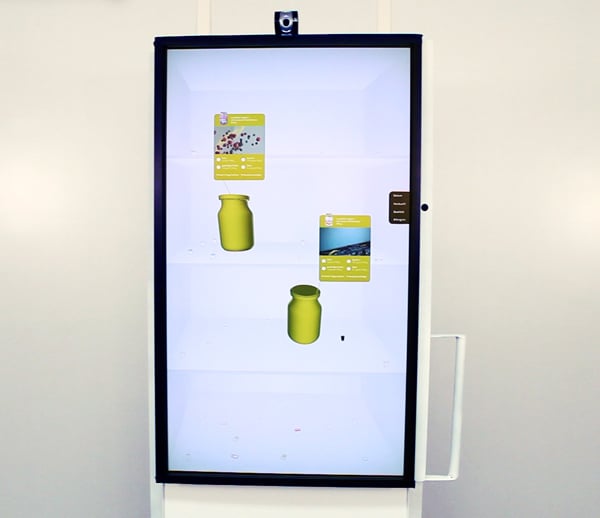 As you can see, the refrigerator has a large touchscreen for a door. It seems that the concept will only work if the contents are given RFID tags, but once they are, the fridge becomes really useful. With Kreuzer and Schilling’s future fridge, not only will you be able to see what’s inside without actually opening the door, you’ll also be able to see a variety of information, like expiration dates, and recipes which use the ingredients you have. The fridge will of course be connected to the Internet, providing price and location guides of nearby stores for replenishing supplies. But as you’ll see in the video below, the prototype version can’t do any of that fancy stuff – yet.

If this particular concept seems familiar to you, it’s because a designer named Ashley Legg came up with an eerily similar idea which made its rounds on the Internet last year, and LG showed something similar, but much more basic at this year’s CES show. I’m sure Kreuzer and Schilling came up with this on their own though. I hope they continue to build on their prototype – their idea might be cool, but a real fridge would be cooler.