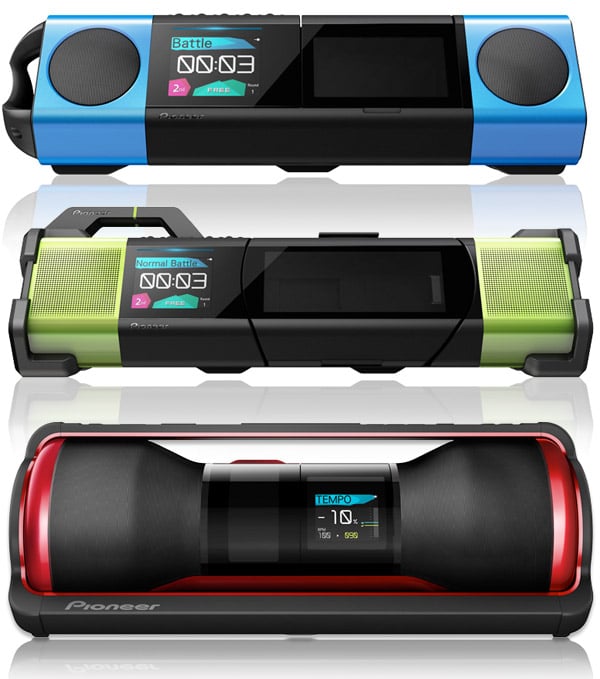 There are three STEEZ products and they will all connect to a PC via free software that lets the user adjust and customize the music. The three products include the STZ-D10S-L “Solo,” STZ-D10T-G “Duo,” and STZ-D10Z-R “Crew.” They all support MP3, WMA, AAC, and LPCM with 4GB of storage inside, and include a credit card-sized remote. The systems also allow for adjusting tempo, track cueing and dance battles, when used with the included MIXTRAX PC music software.

The Solo has a 2.4-inch LCD, iPhone and iPod dock, and a pair of 40mm full range drivers for $299 (USD). The Duo is a larger device that has a rugged design and spot for docking the iPhone or iPod. It has 4GB of storage, a 2.4-inch screen and can run of AA batteries or an AC adapter for $349. The last is the large Crew with a 3.5-inch screen, dual 25mm tweeters, dual 75mm woofers, and a pair of dedicated 135mm subs. It also has a sealed iPhone dock and sells for $499. All will launch in November.