The following post is from Technabob guest writer Jack Kieffer of Cool Gizmo Toys, a site written by geeks, for geeks. Thanks, Jack!

If you’ve ever wanted to eat an entire Jigglypuff in one bite, you’re a disturbed individual and should receive counseling. If you’re a major cupcake lover and a Pokemon fan, you’re in for a treat! These adorable Pokemon cupcakes look delicious, but I’m not sure that I could force myself eat them and render the creator’s hard work a mash of cupcake and frosting being burned alive by acid in my (oversized) belly. *Ponders for a second* Who am I kidding? I’d eat my cupcake and your cupcake, because I need to get both of the Munchlax ones. “That’s unfair!” Life is unfair, small child! *Shoves Munchlax cupcake in mouth* 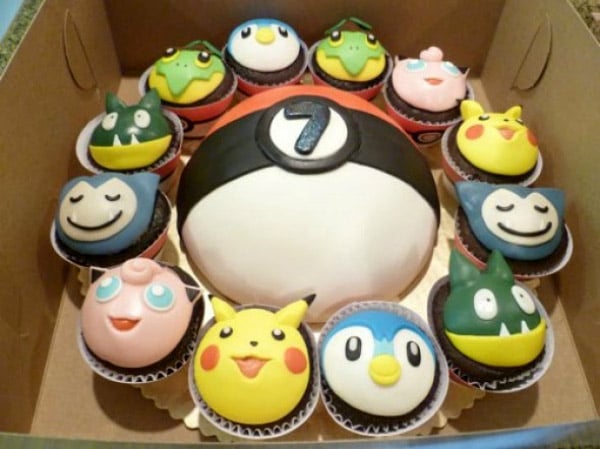 It’s becoming increasingly difficult to write about these Pokemon cupcakes, because nobody has officially taken credit for them. I wish to thank you, anonymous sir or ma’am, for creating these Pokemon cupcakes for a 7 year-old male or female child who probably enjoyed eating them almost as much as I would have.

Of course, I also would have enjoyed eating the Portal 2 Space Core cake and the Apple 1 Birthday Cake, but I missed out on those too. What I didn’t miss out on was a bunch of zombies at a random convention responding to my pep rally cheers. What do we want?! “BRAINS!” When do we want it?! “… BRAINS!” Eh… their answers were close enough. “Why are you going off on such a large tangent?” So you would be distracted and I would be able to grab your wallet out of your back pocket. *Runs off down the street to buy some cupcakes*