Asteroid to Streak Closer to Earth than Moon’s Orbit

NASA says that the Earth is in no danger, but an asteroid will come very close to Earth in the cosmic scale of things. The asteroid is called YU55 and it will streak by Earth closer than the moon’s orbit next week. NASA says that we are safe for the at least the next 100 years from impact with YU55. 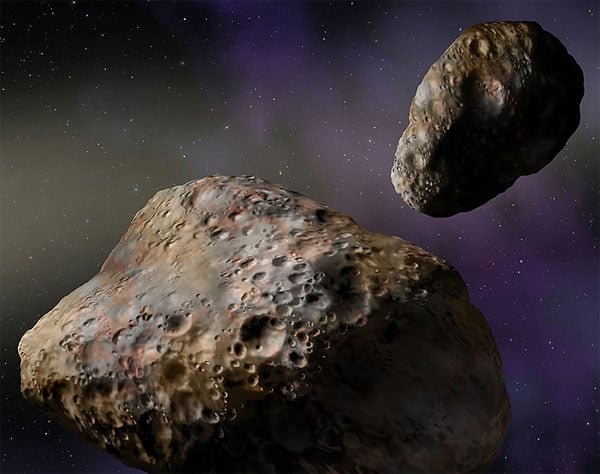 NASA has been following this one asteroid closely since the close fly-by will put the asteroid measuring 1,300 feet across only about 201,700 miles from the Earth. That means that the asteroid will be very visible to astronomers with high-power telescopes.

Normal folks with telescopes will not be able to see the asteroid, but the giant telescopes at observatories will be able to view YU55 with a resolution of about 13 feet. That is as good a resolution as we get with a spacecraft fly-by.