I’ve always been a fan of stuff that uses the persistence-of-vision illusion to create images which aren’t actually there, but appear thanks to the trick that our eyes and brains play on us when trying to recreate images from pieces. This new watch concept tells time using such an illusion. 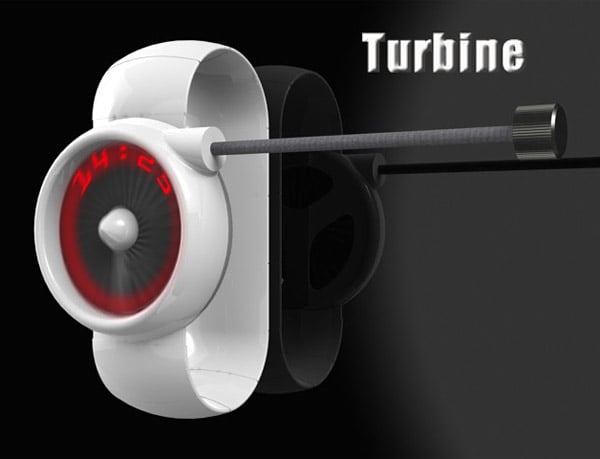 A concept design by Peter Fletcher, the Turbine LED watch would tell the current time using a spinning turbine-like blade, with flashing LEDs on one of the blades. As the blades spin rapidly, the time would be revealed. 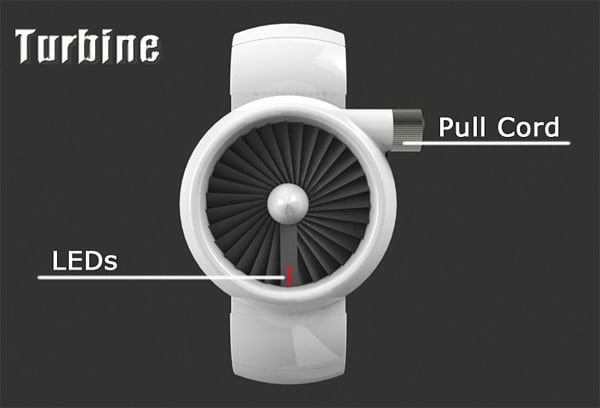 When I first saw this idea, I thought that building a motor into a watch to spin the turbine would eat up battery like mad. However, Peter’s concept incorporates a clever mechanical “pull cord” on the side of the watch, which provides its spinning energy instead of a motor. 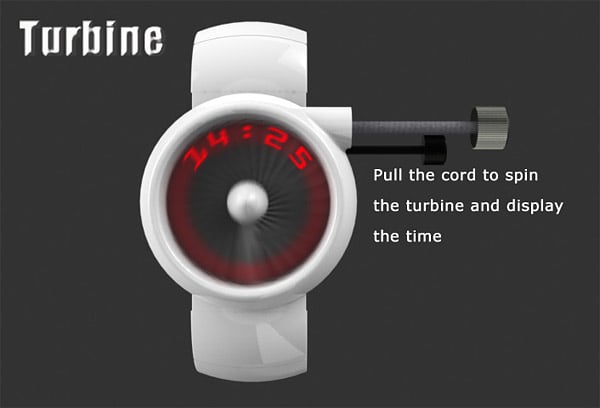 At this point, the Turbine watch is only a concept, but if it manages to get enough votes over on the TokyoFlash design blog, it might someday become a real watch.

[Thanks for the tip, Peter!]