Robo-Dog: An AT-AT Walker for the Blind

Those who are short of sight can now be led by a miniature AT-AT walker instead of a proper guide dog. If they only knew what kind of monstrosity was leading them, they would no doubt let go and run in the opposite direction, hitting the nearest pole and getting knocked out cold. Which is good, because then they could forget. 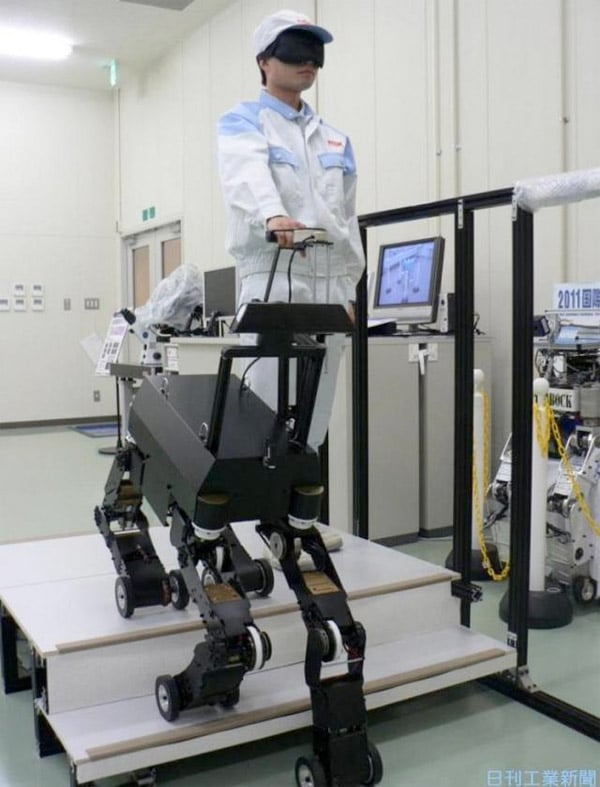 I’m sure this is how AT-ATs must have been born within the Empire as well. They probably had a few Imperials who were blind and needed a guide robot. When they saw how creepy they were, they just upped the scale.

This latest robot from NSK is the ‘robo-dog’ (JP). It’s still in the R&D phase, which has been ongoing since 2005. Not sure what that says about it’s ability. It can climb staircases and small obstacles too, so snowy climates full of rebel bases shouldn’t be a problem.

[via Plastic Pals via Techcrunch]