Thanks to my Parakeet Vision, I spotted these awesome officially licensed hoodies from Insert Coin. Inspired by Assassin’s Creed: Brotherhood, the hoodies bear the name of the hometown of the Auditore family, the insignia of the Assassin Order and the numbers 14 and 99, indicating the year that the town became the Order’s headquarters. Thanks, AC Wiki! 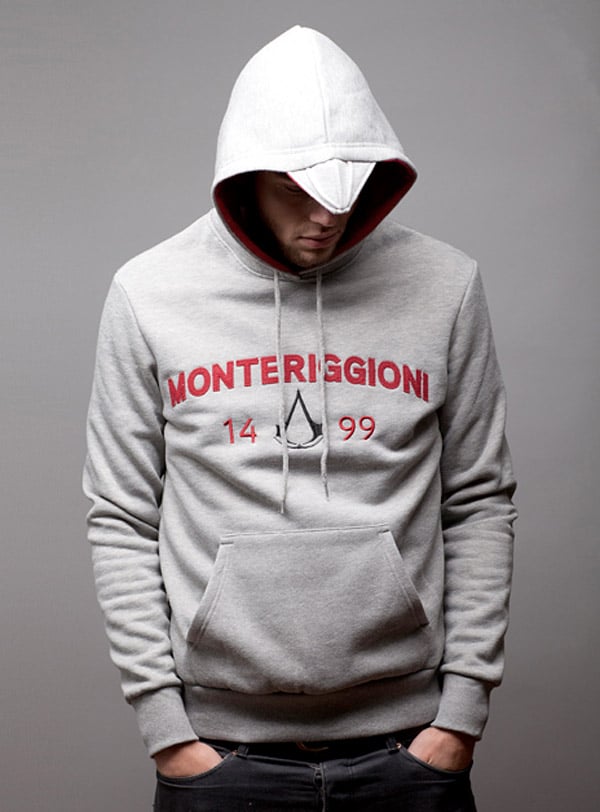 As you can see, the hoodies have the trademark eagle peak on the hood. It can be folded and tucked back into the hood for when you want to blend in. Personally I say to hell with fitting in. If I had two of these, I’d have it modified even further to make a Gatchaman costume. Bird, Go! 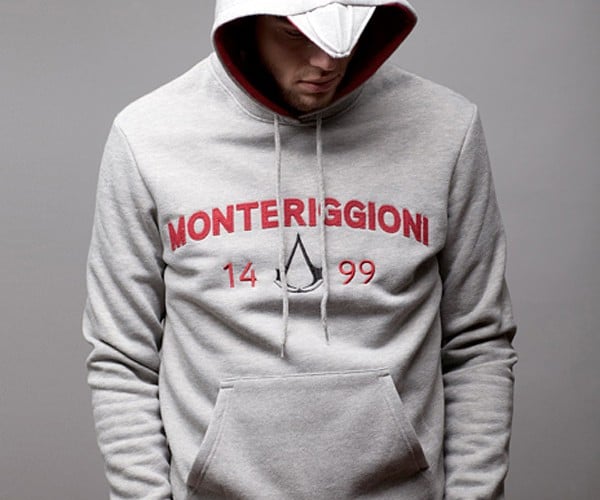 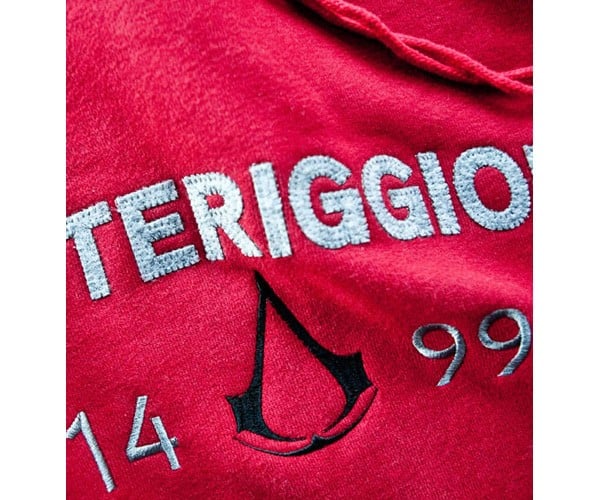 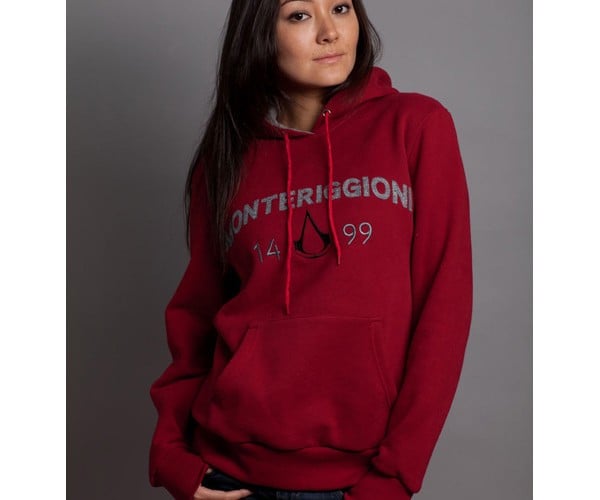 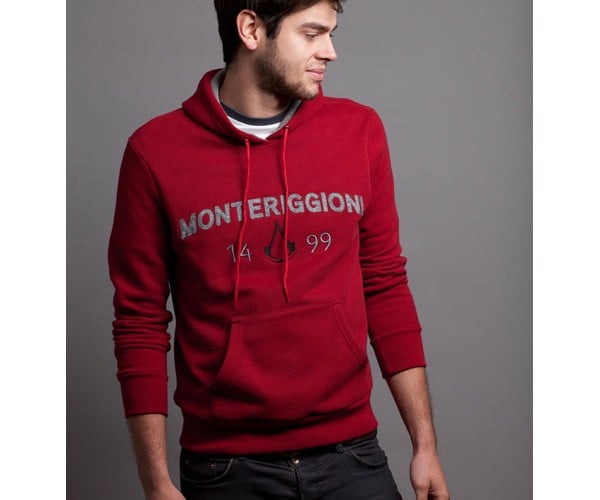 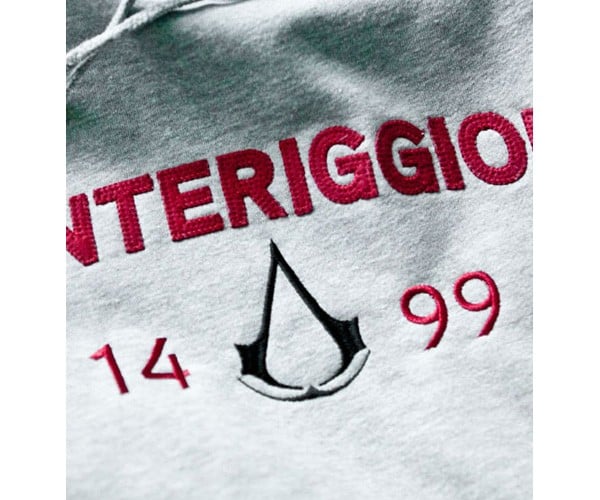 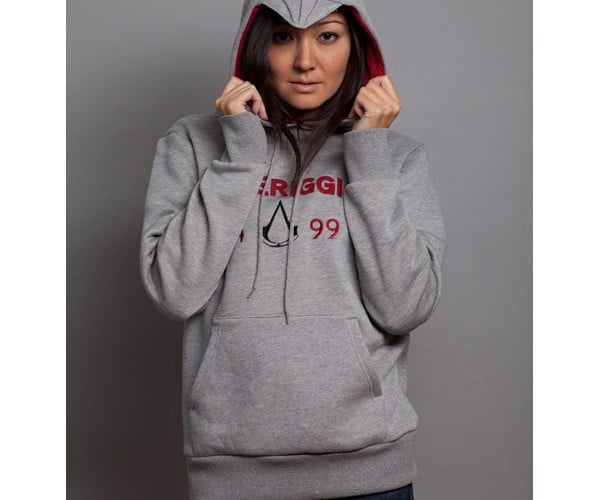 Unfortunately, the Monteriggioni hoodies are hard to find targets. You can pre-order them from Insert Coin for £35-£40 (~$55-$60 USD) but only if you have a shipping address in UK or Ireland. Guess we’ll just have to be content with stitching a triangular patch of cloth on one of our hoodies.