Hanging Printer Clears Up Your Desk, Prints Stuff Out Vertically

I recently replaced my old inkjet printer with one of those 3-in-1 printer, scanner, and copier combos, and I have to agree that it’s definitely a huge space saver. My desk used to be so cluttered with stuff piled on top of the other because my printer and scanner took up so much space.

A lot of other people probably share the same sentiments when it comes to these noticeably bulky gadgets. A smart solution? Just hang it up. Your printer, that is. 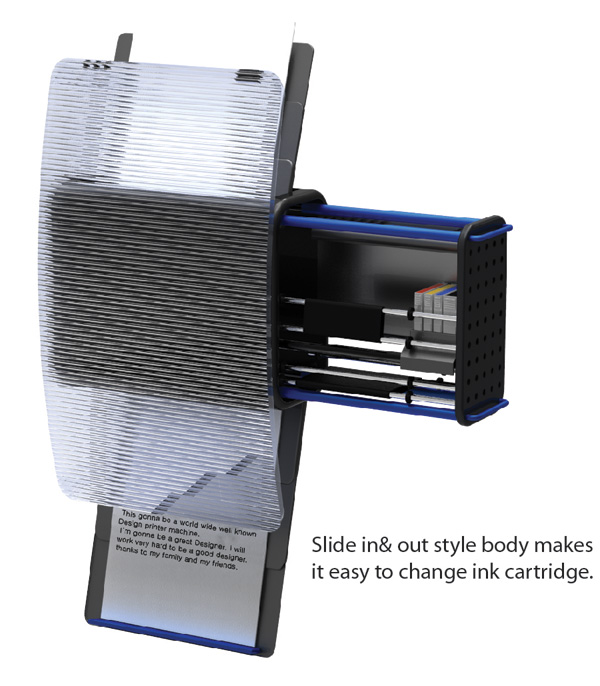 The I’m Hanging Printer is a concept design by Marc JuHyun Cha. Instead of setting it down on the table, why not hang your printer on some empty space in the wall? It saves space and looks pretty modern and futuristic, so it won’t look too weird or out there on your office wall. 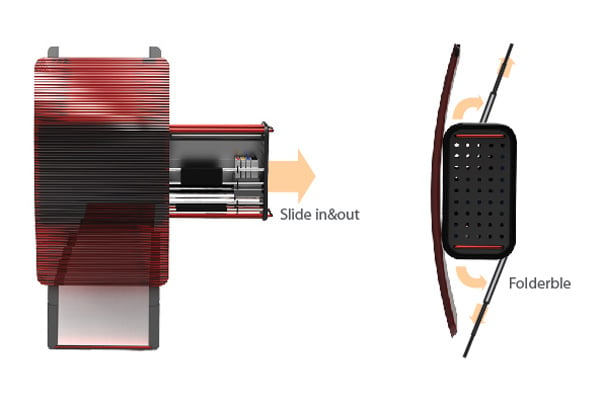 Of course, make sure to never hang the printer in an area where there’s a lot of traffic, because you don’t want people bumping into (or getting hit) by your printer when they walk past your desk. I don’t think it’s recommended for areas that are earthquake-prone though, due to obvious reasons. 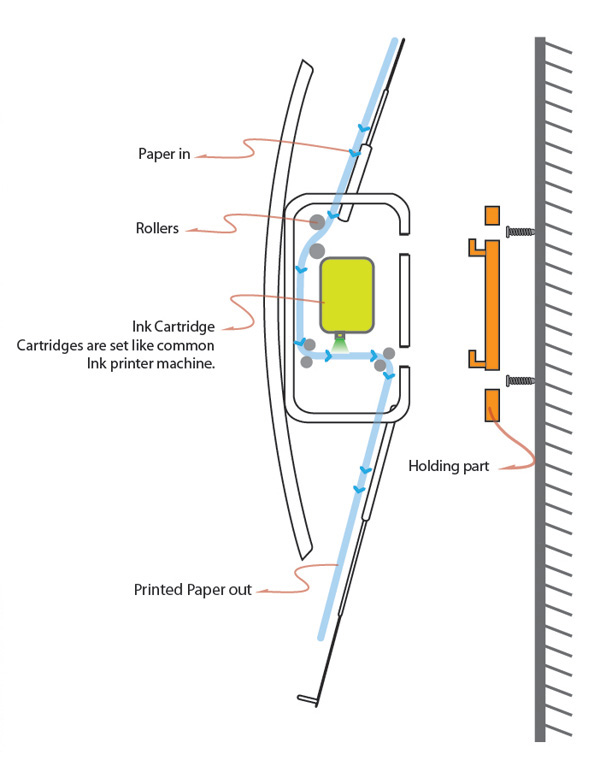 The Hanging Printer is an entry in the 2011 iF concept design forum.