Nokia GEM Concept: the Phone is the Touchscreen

Compared to the eccentric Twist concept, Nokia’s other new imaginary phone isn’t that imaginative. Called the GEM, the smartphone’s entire surface is a touchscreen. Maybe the phone’s guts are entirely occupied by a battery too. 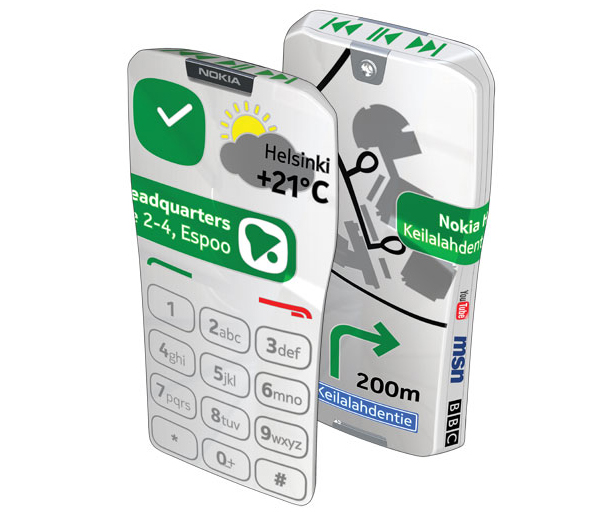 The vision behind Nokia GEM concept seems to be full customization and adaptation. For example, in the video below, the user takes a picture and then uses it to cover the entire phone. Solid Snake would love that feature. Watch the oddly animated and soundtracked video below to find out how a literal touch phone might work:

Seriously though I think power management or battery capacity will be an issue with this design. I’m also not convinced that a touchscreen on the back will be significantly useful. If we’re talking about phones that are all screen I’d rather go with this design.