Designer Dan Rosenfeld (aka “Guru Ramen”) made a classic video game cheat real this past Halloween. He put together a wearable frame that housed cameras and a 24″ LCD display, giving the world a super sized view of his head. 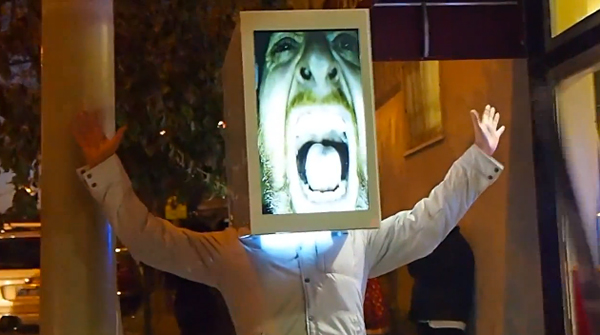 Here’s Rosenfeld’s description of the set up: “The wearer’s face is captured with a video camera looking through a half-silvered mirror. There’s a second camera, which captures a view from the front of the box, near the eyes of the on-screen face. The outside view is shown on an internal LCD, which reflects on the half-silvered mirror; this way the wearer can look directly at the LCD and the camera at the same time.” 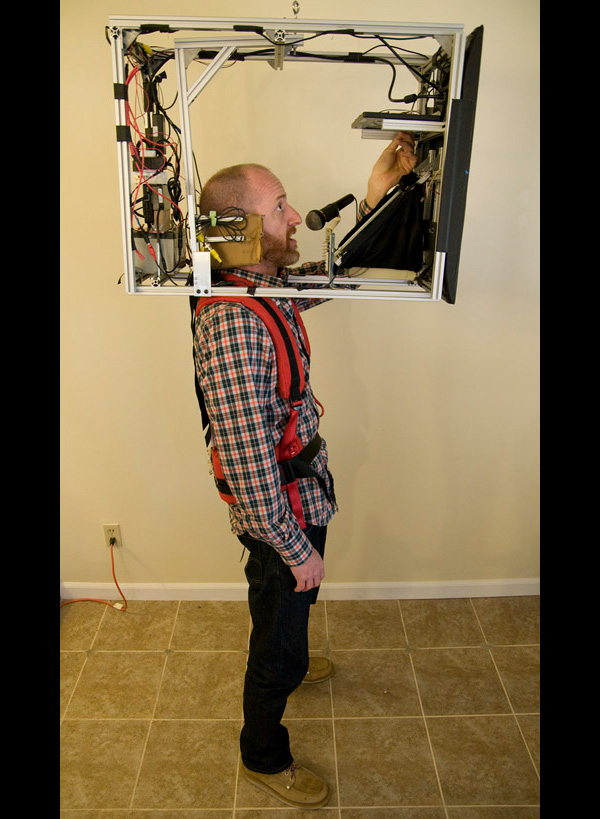 Rosenfeld finished the device back in October, and wore it for Halloween:

While he was quite a hit in his neighborhood, the Big Head project is more of an experiment than a costume. Rosenfeld is currently taking a look at why videoconferencing – a technology that’s been around for decades – has not been widely adopted yet. Now I want to see a palette swap costume.