Being a dentist must be the weirdest job ever. You are looking into people’s gaping mouths all day and sticking your fingers in there poking around and drilling teeth up like they are Dexter doing some ritualistic DIY project. Well, your dental career just got weirder thanks to Simroid, another super-realistic dental training robot developed in Japan. 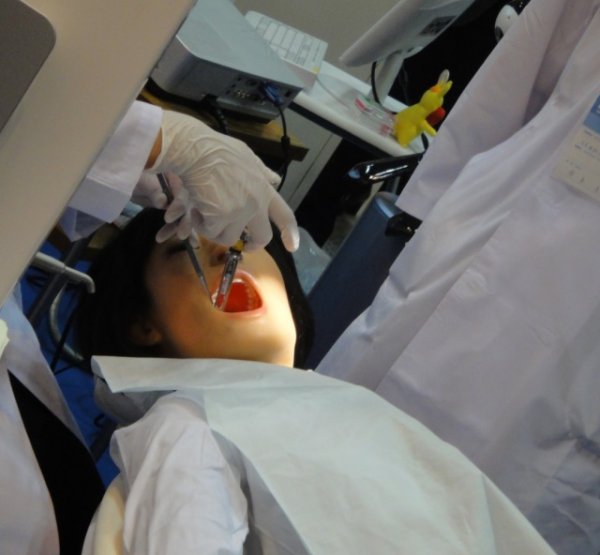 These sort of robots have been around since 2007, and this latest version is the most realistic yet. The idea is that Simroid simulates a human patient during a dental check-up. She moves, speaks, has gag reflexes, even has negative reactions when the doctor touches her “breasts” by accident. She doesn’t slap the guy, but instead just sort of jerks up and makes a noise.

The robot even provides a rating at the end of the treatment, letting the dentist know how well he or she did. Simroid should help create better dentists by allowing them to train with a patient that can’t be hurt, but still shows signs of discomfort. The Simroid dental robot should go on sale soon here in the U.S. and elsewhere.