While you can already get Han Solo and R2-D2 ice cube trays, I guess the guys at Kotobukiya decided that it was time for the dark side to get into the ice cube business as well. Now, they’ve announced the release of Darth Vader and Stormtrooper ice cube trays to round out their selection. 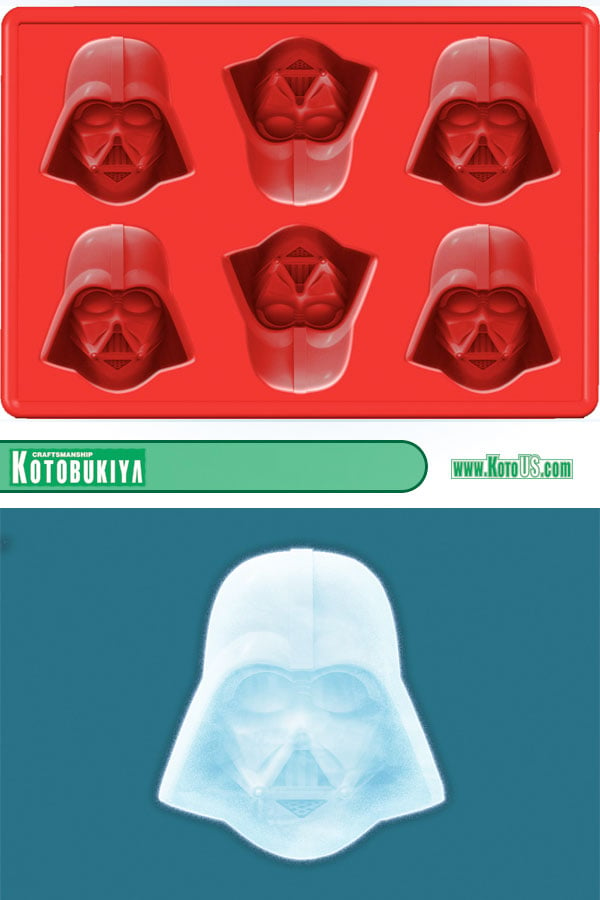 The trays are made from durable silicone, and cast six large cubes of either the Dark Lord or his white armored minions. To really get the most out of these, I’d fill the Darth Vader ones with grape juice and the Stormtrooper ones with something white, like coconut milk or frozen piña coladas. 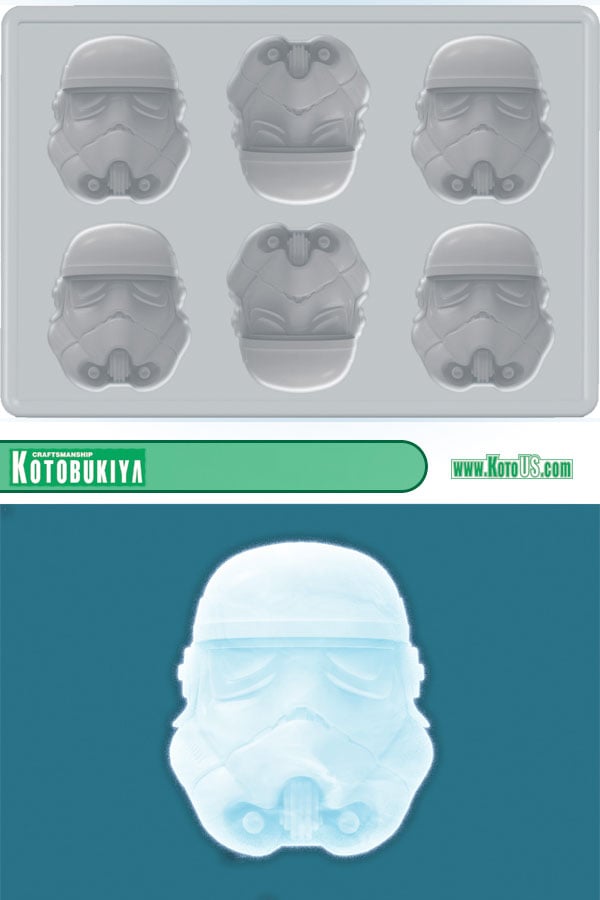 I think those white and black(ish) cubes would look much cooler floating in a glass of clear liquid too. Since the trays are made from silicone, they’re actually heat-resistant too, so you could also use them to bake some evil cookies or mini cakes. 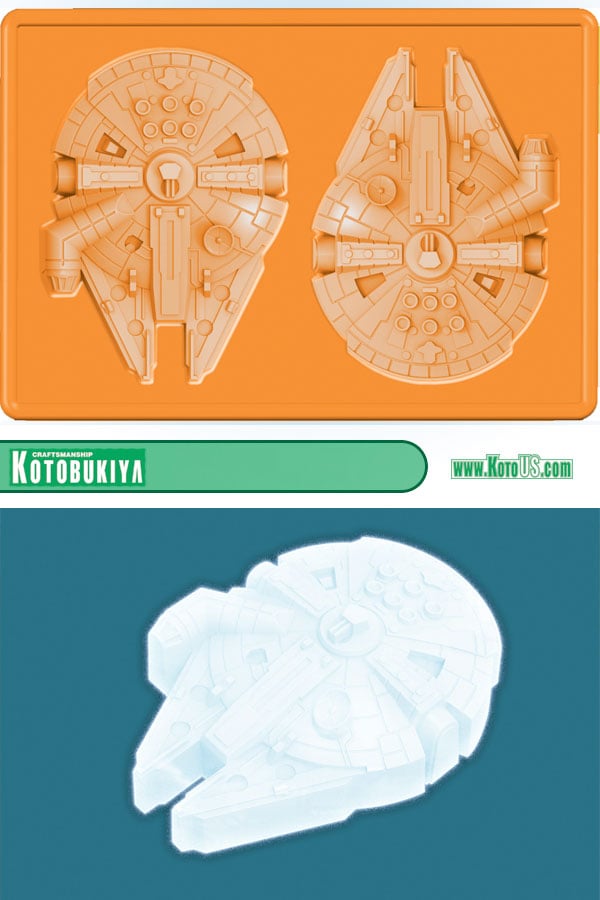 The Falcon seems better suited to baking cookies or larger frozen desserts though, while the X-Wing seems the perfect size for ice cubes. 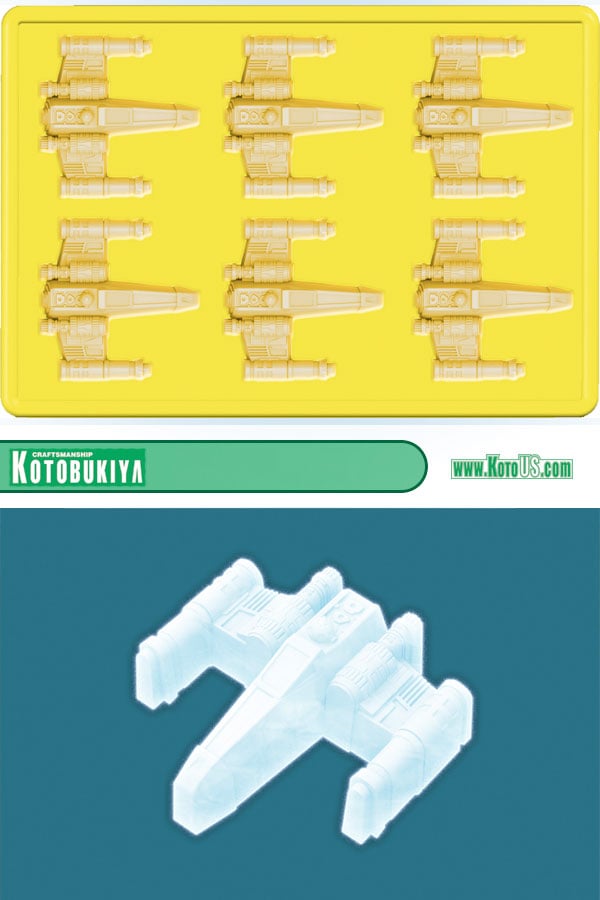 All four of the new silicone trays will ship in May 2012, and can be pre-ordered from Kotobukiya’s U.S. website. Darth Vader, Stormtroopers, Millennium Falcon and X-Wing Fighter ice trays each sell for for $10 (USD). If you want an early jump on them, you might want to check out NCSX, who claims to have a January 2012 release date.