Japanese and Russian Scientists Even Closer to Cloning a Wooly Mammoth

Michael Crichton would be so proud right now. Scientists from Japan and Russia are all working together on a plan that they think might bring the long extinct wooly mammoth back to existence. According to the scientists, the mammoth went extinct about 10,000 years ago. In August, researchers found a well-preserved thighbone from a mammoth in Siberia which could bring the extinct species back to life. 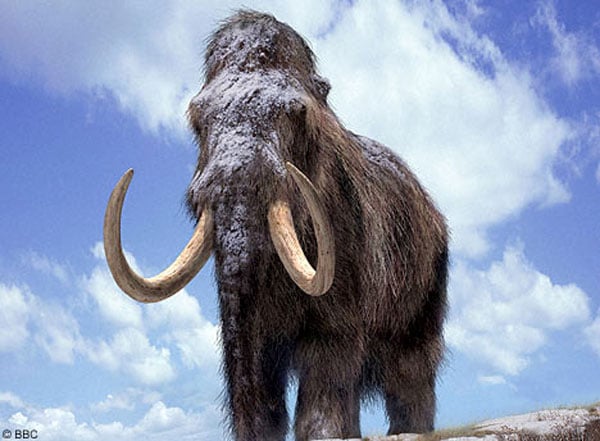 Apparently, the bone was discovered when the “permanently” frozen permafrost thawed thanks to global warming. Inside this particular thighbone hides some well-preserved bone marrow. Inside that bone marrow is suspected to be DNA that could be harvested for nuclei and then that nuclei could be implanted into an elephant embryo.

Since the mammoth and elephant are closely related, the mammoth DNA-based embryos would then be implanted into elephants for the wait until a baby mammoth pops out.

We heard something similar to this story back at the beginning of the year, but with the potential DNA now in hand, it could make mammoths roaming the planet a reality even sooner. The team plans to study whether or not this is possible in 2012.