Pyro Board: Your Tunes are So Hot!

I’m sure many of you have are familiar with the Rubens’ Tube, which is a device which works sort of like a VU meter, but with flames. But I have to say that this thing is even cooler. It’s like a Rubens’ Tube which operates on two axes. 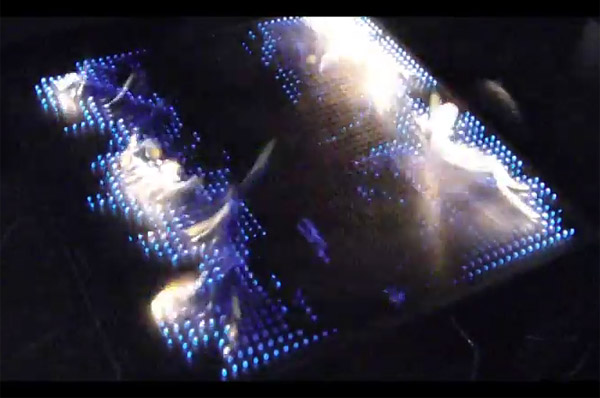 The Pyro Board was constructed for Fysickshow Aarhus in Denmark, and can create patterns from sound using flammable gas, pushed through a grid of pinhole jets. The rig sits on top of a loudspeaker inside of a flameproof metal box. When the sounds or music are played, they create low and high pressure zones between the metal box and the grid. These result in cool patterns of flame which move along to the beat of the music. Here, check it out for yourself:

It’s sort of like one of those sound-synchronized light shows, but using flames instead of LEDs or bulbs. While the patterns are definitely not as predictable as a Rubens’ tube, I think the effect is still pretty cool. Now I want a nightclub to install one of these and hand out marshmallows to roast on top of it.