The MorpHex Robot, much like a Transformer, is more than meets the eye. It’s a ball. It’s a bot. It transforms and then skitters around like a creepy crab. It also dances and can interact with its environment. 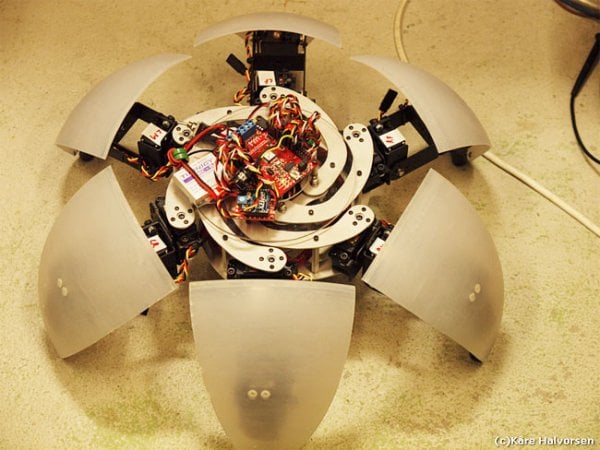 While Kåre (“Zenta“) Halvorsen’s MorpHex robot is kind of creepy, it is also a great bit of engineering that uses 25 servos with custom linkages and body shells to create the whole package. Like a roly-poly bug, it can turn itself into a ball whenever it wants. If it were tough enough, you could throw it wherever you want and it could spring open and do its thing.

[via The Verge via Geeky Gadgets]