Scientists Testing Automated Learning via fMRI: Shut Up and Take My Studies!

Remember how Neo fast-tracked his Kung-Fu and weapon proficiency in The Matrix? That might soon be possible in the real world. In the false world. In our world. This one. Dammit. Whoa. A recent set of experiments have indicated that it’s possible to teach a person by copying the brain patterns from another person who is good at the task to be taught. The best part? The student doesn’t even have to be aware of the whole teaching process! Are you listening Lazy College Senior? 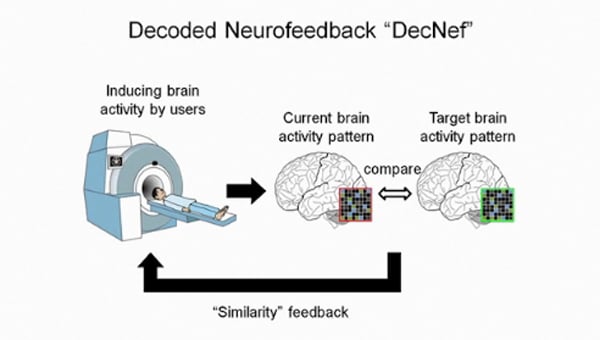 The experiments were conducted by researchers at Boston University (BU) and at the ATR Computational Neuroscience Laboratories in Kyoto, Japan. The task to be learned has to have a high visual component – fortunately, many if not most of our tasks have a high visual component. In simple terms, a person who’s good at the task is then put in an fMRI machine and asked to visualize the task. The person’s brain activity is recorded and then re-enacted in the student’s mind. After being taught the pattern enough times, the student’s brain becomes familiar with the pattern and the student becomes better at the activity. Watch the video below for more details (you can watch it here with captions).

So does this mean that in the future, our schools will have fMRI machines instead of desks? Will we even need schools? Will we be able to download LeBron James’ hoops skills from the comfort of our home and then be basketball geniuses after a power nap in the ol’ fMRI? Or will this be the key to making the robots-enslaving-man part of The Matrix real? What if this has already happened? I need to lie down. And passively learn the truth while lying down. Thanks, science.

[via National Science Foundation via i09 and DVICE via Geekologie]