There are basically two kinds of styluses available. The ones with a thin tip, that allow you to write, draw, and select stuff on a resistive screen, and the ones with a somewhat larger tip, that mimic the way that you use your finger, designed for capacitive touch screens. The benefit of styluses is that they keep your screen from getting covered with fingerprints, and (theoretically) give you more precision than your fat fingertips. 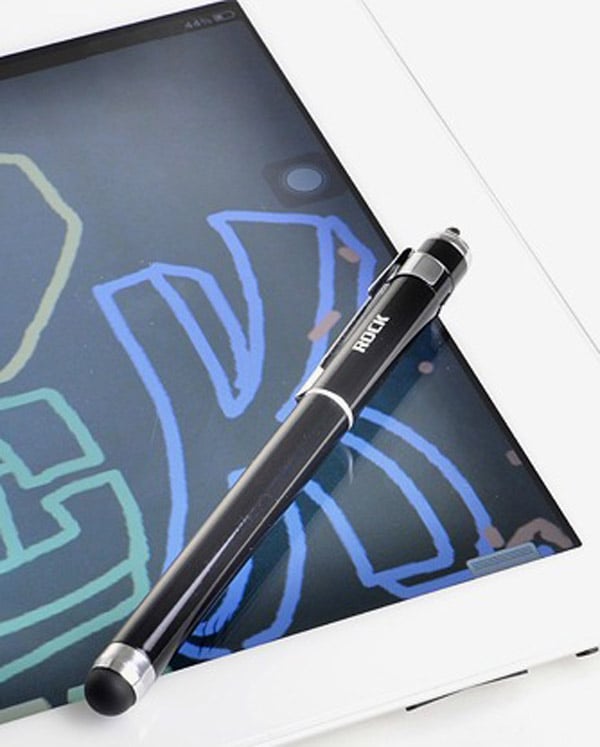 Marvel Digital’s Soft Rubber Tip Stylus Pocket Pen doubles as a both a capacitive stylus and a pen, which is handy because when you’re not using it with your tablet or smartphone, you can write stuff on paper with it.

The main problem I’ve had with styluses is that they don’t allow you to use multi-touch gestures, which can be annoying. The capacitive ones are also not that precise either. Still, if you have use for a one, the pen/stylus combo sells for $10(USD) from Marvel Digital.