We’ve featured several stylus-pen combos, but none of them are as simple to use as the LunaTik Touch Pen. The LunaTik is a lot like a click pen – push a button on top to make the ballpoint tip appear, push again to make it disappear. But when its ballpoint tip is hidden, the LunaTik becomes a capacitive stylus. 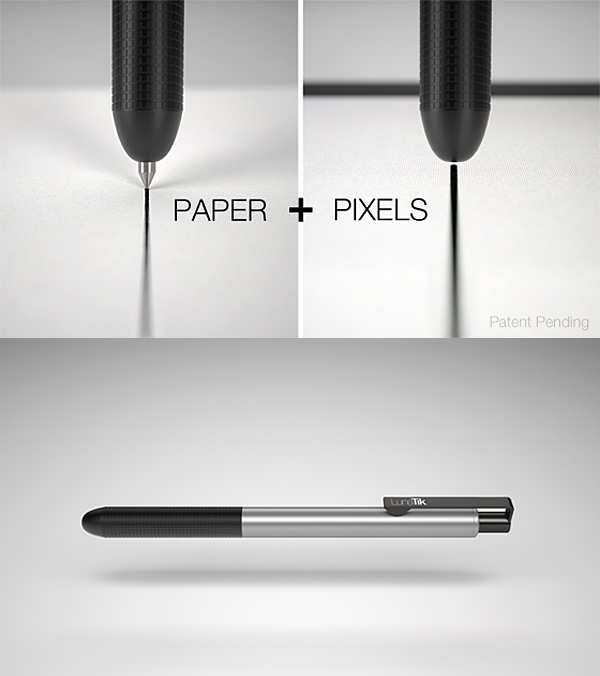 Tap on your tablet and head to Kickstarter to support the development of the concept. If you pledge at least $30(USD), you’ll be one of the first to own not one, not two – oh wait actually yes two LunaTik Touch Pens (the plastic model) – or for the same price you can have one of the anodized aluminum version. Wilson and his company MINIMAL launched their fundraiser just a couple of weeks ago but they’ve already exceeded their $75,000 (USD) target fund, so you can rest assured that your money is in good hands.