While this isn’t the first design to add lights to an umbrella, the Path Illuminating Umbrella looks like something that a sane person would actually use. Instead of peppering the canopy with LEDs, this practical umbrella has its flashlight attached to the handle, so you can easily focus the light on what’s ahead of you. 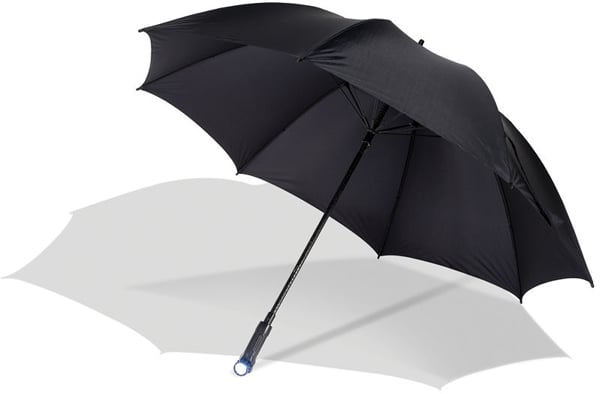 The flashlight is made with 3 white LEDs that provide 100 lumens of light; the LEDs are powered by 3 AAA batteries for up to 48 hours – not long enough to survive in Silent Hill, but it’ll do. It can also be articulated up to 180º, so you can keep tabs on Pyramid Head as he hunts you down. 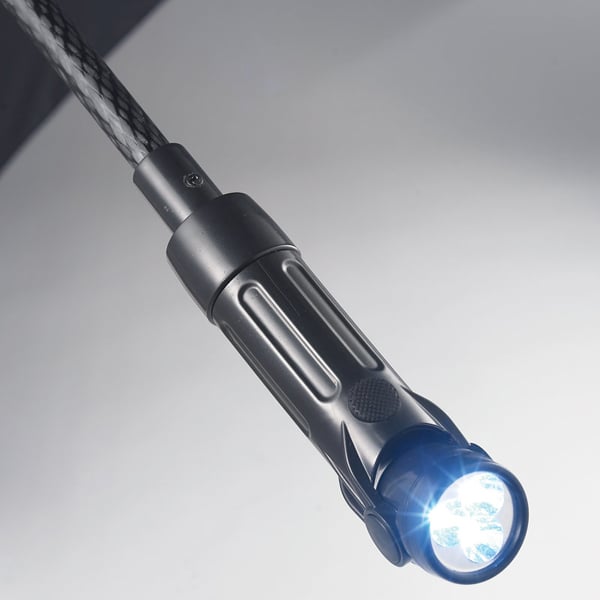 Hammacher Schlemmer sells the Path Illuminating Umbrella for $40 (USD). Cheapskates can pull off a Dead Rising and just duct-tape a flashlight and umbrella together.