Should SETI Start Searching for Alien Evidence on the Moon?

This is just wild to me. I mentioned way back in August that SETI had raised the money needed to continue operating. Generally, they search the heavens for proof of an alien life by picking up radio signals. While the organization is looking for proof of alien life, one proposal has arisen suggesting that they should start looking much closer to home than you might think. 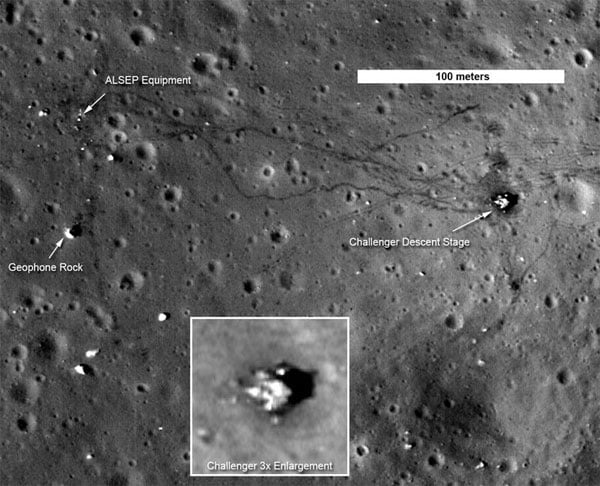 Scientists Paul Davies and Robert Wagner of Arizona State University have proposed that a crowd-sourcing system like SETI@home should be used to pour over the photos of the Moon taken by various NASA missions, looking for leftover artifacts from aliens that might have visited in the past. While they admit the likelihood of alien technology on the Moon is low, they figure if some vastly advanced aliens ever made their way here and wanted to watch us, the Moon would have been the perfect base. I suspect that if they could cross the interstellar void, they could pick up their trash and hide their footprints.

They say that the Moon is a good place to start because artificial changes to the landscape from hardware or foot traffic stay for decades or more. NASA has already shown that you can still clearly see where the Apollo astronauts once walked and where they left hardware. What do you think; will they find signs of alien life on the moon? I think not.