Let’s face it. If you’ve got a Windows PC, you’ve probably had it crash at least a few times, and most of us have seen the dreaded Blue Screen of Death more times than we care to. After a few crashes, sometimes the best option is to just wipe your hard drive and reinstall a fresh copy of the OS. It just seems to get gunked up over time no matter what you try. If you forget to keep your PC clean, here’s a friendly reminder, in t-shirt form. 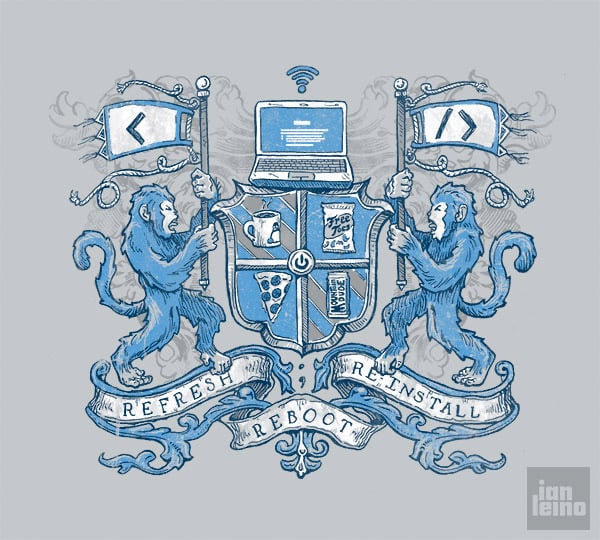 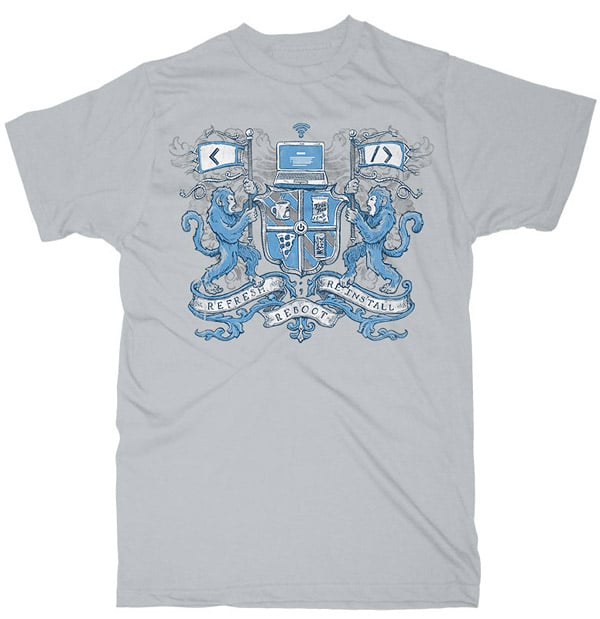 The only change I would make would be to add a fourth “R” – “Reformat,” but that’s just me. I prefer a clean hard drive before reinstalling an operating system. Computer geeks with a keen sense of style can head on over to shirt.woot and grab the Code of Arms t-shirt for 15 bucks.