If you like your smartphones to have cool features and a cool design, the new Huawei Ascend P1 S might get your motor revving. The smartphone is hailed as the “world’s thinnest” and I can believe it at 6.68mm thick. You could stand that thing up sideways and have a hard time finding it. 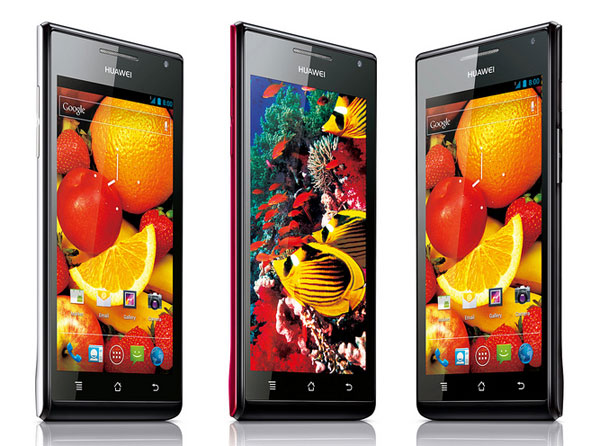 The smartphone runs Android 4.0 Ice Cream Sandwich and has Gorilla Glass over the top to make it stronger. The screen is 4.3-inches wide and has 960 x 540 resolution. The processor is a dual-core 1.5GHz TI OMAP 4460. The smartphone runs an 1800mAh battery and should last a long time. The device is not that wide either at 64.8mm.

The P1S smartphone will be offered in white, black, and pink colors. The rear camera is an 8MP unit and the front is a 1.3MP camera. The rear camera can capture 1080p video. If this thing floats your boat, it will hit the US in April. What carrier will have it and how much it will cost are unknown.