While hardware is important when deciding on your next smartphone, the OS and apps also have a lot do to with it. This is one thing that Apple understood well with the iPhone, as has Android. The new Nokia Lumia 900 smartphone looks gorgeous, and runs the latest version of the Windows Phone OS. But will its looks and 4G LTE connectivity be enough to make it a true contender in the smartphone wars, given the relatively small impact Windows Phone has had on the market to date? 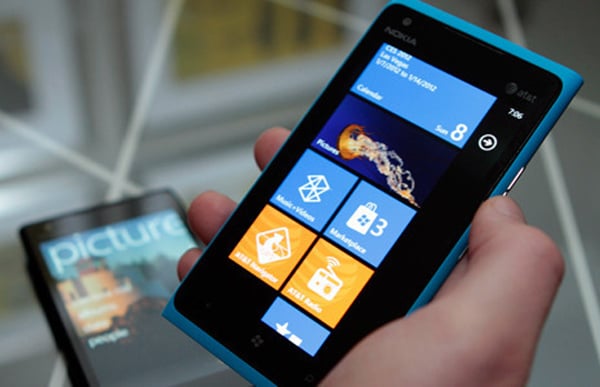 The Lumia 900 comes with a single core 1.4GHz CPU, 512MB of RAM, and an 8MP camera with dual LED flashes. The most distinctive thing this phone is its large 4.3-inch AMOLED ClearBlack display, which is simply gorgeous. All of the tech is packed into a polycarbonate shell, which is similar to the Lumia 800, thought the 900 will come only in black or cyan for now.

The phone is powered by Windows 7.5 OS (Mango), which is definitely the best version of the Windows Phone OS released to date. The Lumia 900 will be available exclusively from AT&T, and will provide support for 4G LTE connectivity, but there’s no word yet on pricing or availability.