Assassins Creed fan and YouTube user Angelegend made a DIY Assassins Creed arm blade, just like the one in the game. It was created using some simple components, like a drawer slide bracket, along with some other modifications. The blade locks into place once it’s been revealed. 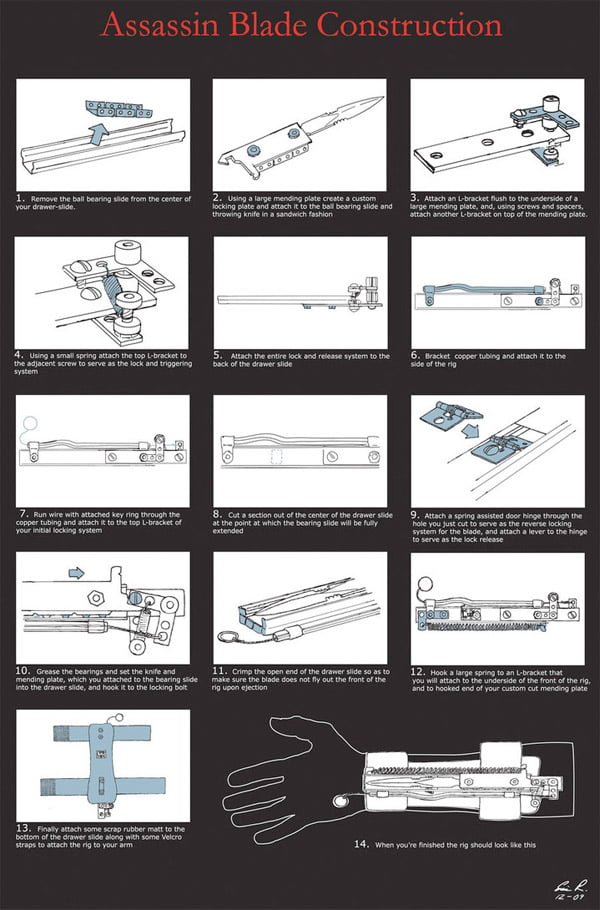 He says that it is harder to make than it looks, but if you are up to the challenge, he offers detailed instructions on how to make one for yourself – though I recommend leaving it to the professionals. What you see in the video below is just a prototype, and he says that the forward locking system is not as strong as it could be.

Hopefully the next version will have some kinks worked out. If you hell-bent on trying to build one, be careful and remember that safety comes first.