Last week we saw a Craftsman-sponsored mod that converted one of the company’s tool chests into a boombox. But if you need something bigger and louder, wait until Craftsman releases the Contour Powered Series Tool Storage.Not only is it decked with drawers, it also has two 220W speakers built-in that connects to music players via Bluetooth. 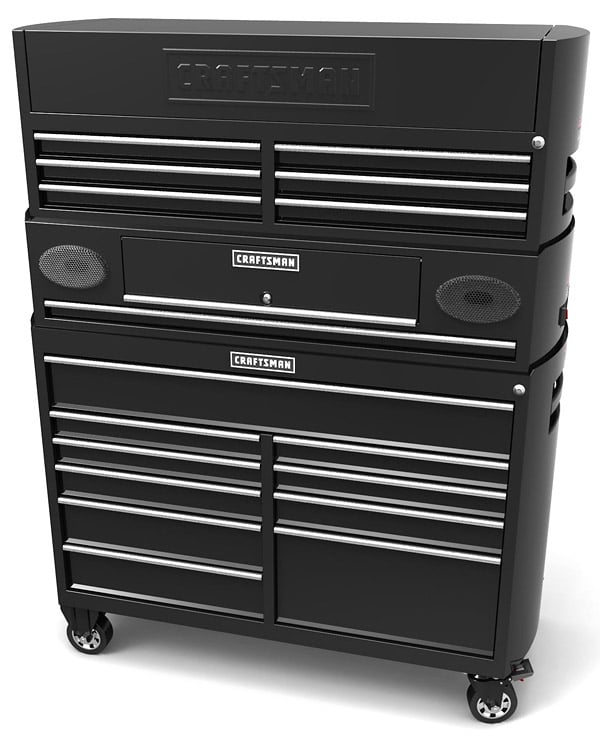 Craftsman’s press release also mentioned that the tool cabinet has a “built-in power charging station” for up to four devices, so I’m guessing there are four powered USB ports – or maybe even a whole power strip – somewhere on or in it. The Contour Powered Series Tool Storage will be available in the 2nd quarter of 2012. Hopefully mods of the cabinet will come soon after.

[via NotCot via Apartment Therapy]