How do you propose to a hardcore Indiana Jones fan? You can always do what Homerliwag over on Reddit did. He presented this super cool wedding ring when he proposed to his Indiana Jones-obsessed fiance. 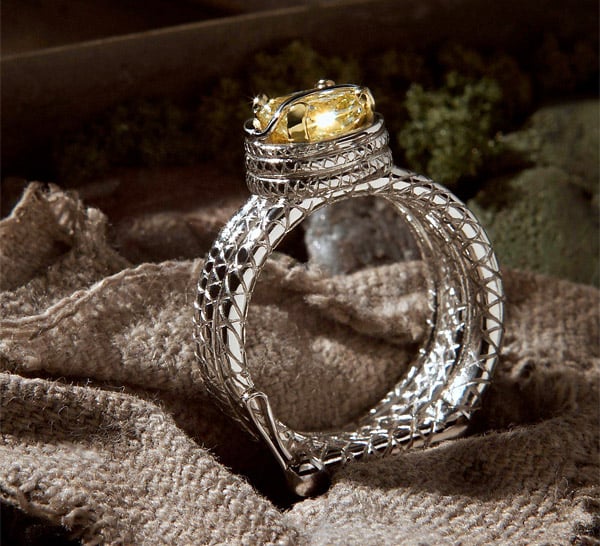 Even his proposal was Indy themed. With no ring, he gave her a bag of sand. Doesn’t sound very romantic, but in the Indy context, it works. He presented her with a ring box and when she opened it, it was just a bag of sand! He said that Indy must have swooped in and stolen the treasure. Very slick way to buy some time. 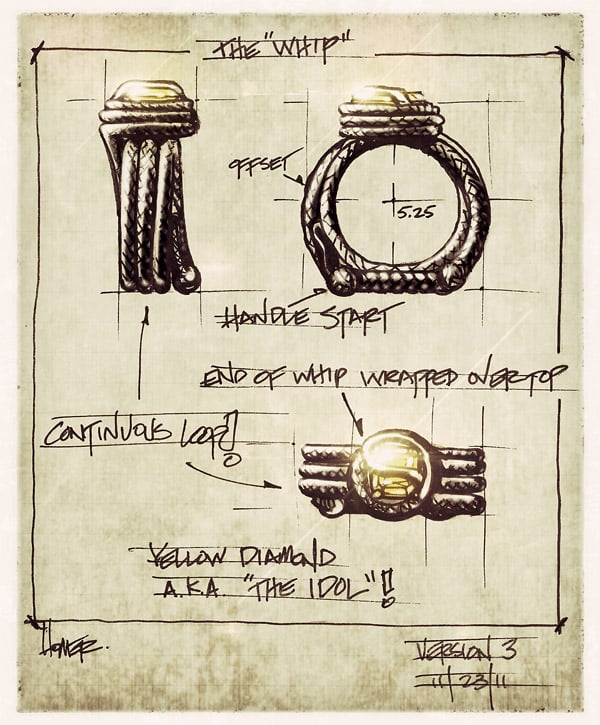 So he designed a neat bullwhip ring and found a custom jeweler in Las Vegas to make the ring shown above. The yellow diamond represents “The Idol”. Hopefully the relationship works out and she doesn’t rip his heart out like Molar Ram does in Temple of Doom.

I’m interested to see what they do for the actual wedding now.

[via The Mary Sue via Geeksaresexy] 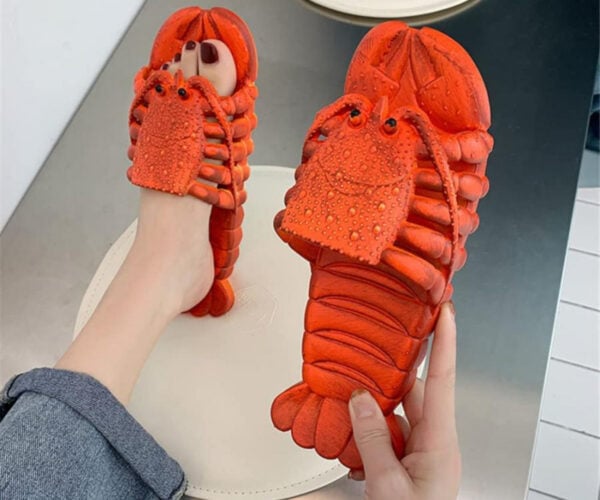 Flip-Flobsters Are Lobsters You Wear on Your Feet