Engineers from weapons and defense research outfit Sandia National Laboratories are working on a bullet that can steer itself after it is fired, homing in on laser-designated targets with the help of embedded electronics. The other geniuses working on invisibility need to go on overdrive. 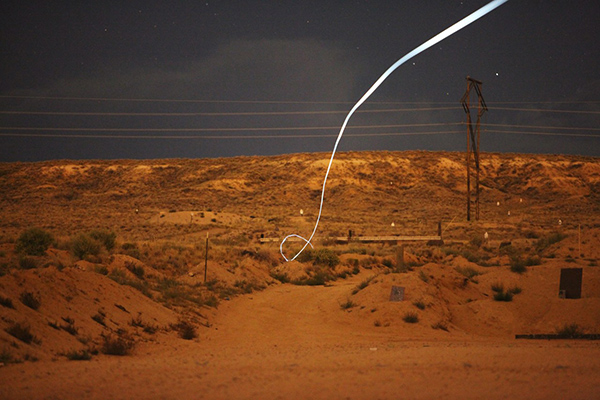 The 4 inch-long bullet was invented by Red Jones and Brian Kast, who aside from being engineers are also hunters. So if you hate this tech, blame the game that they couldn’t hit. Although to say that this is overcompensating would be an understatement: the high-tech ammo has an optical sensor, an 8-bit CPU that handles “guidance and control electronics” and electromagnetic actuators that control its fins.

The bullet is meant to be used with smooth-bore firearms, i.e. ones that don’t have grooves inside their barrels. The grooves give spin to normal bullets to help them fly straight, but since this bullet literally has a mind of its own it doesn’t need the spin. The screenshot above shows the path left by a prototype fitted with an LED, proving that its electronics and battery are not destroyed when the bullet is fired. That is one weird trajectory. 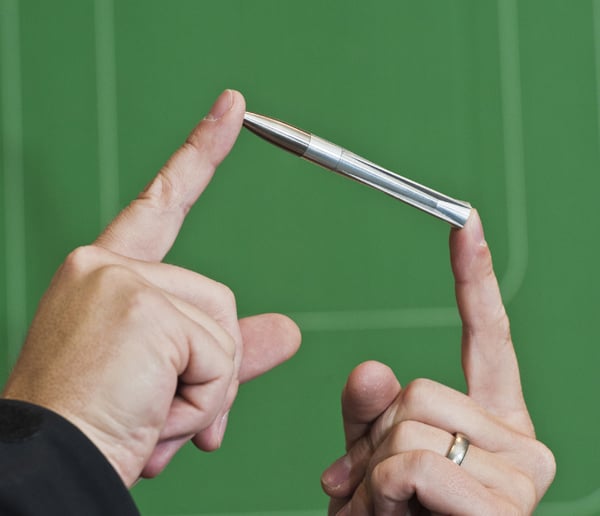 Sandia’s press release also said that the bullet’s flight gets steadier with distance, so it’s better suited for long-range targets. The current prototype isn’t up to the U.S. military’s standards in terms of velocity, but its inventors are confident that they can make it go faster by using customized gunpowder. Or they could invent bullet time. Check the link below for more details.