It’s been said many times that we now live in a throw-away culture. If it’s old, throw it out. If it’s not the latest version, trash it. If for some reason you’re not happy with something anymore, then just dispose of it. It’s a culture that sounds extremely frivolous, and not one that I’d want to continue.

And perhaps in a bid to get more people to change their mindsets and get ride of these wasteful tendencies, the Swap-O-Matic came to be. It works like a vending machine, only instead of selling stuff that you might need on the go, it’s a trading station instead. 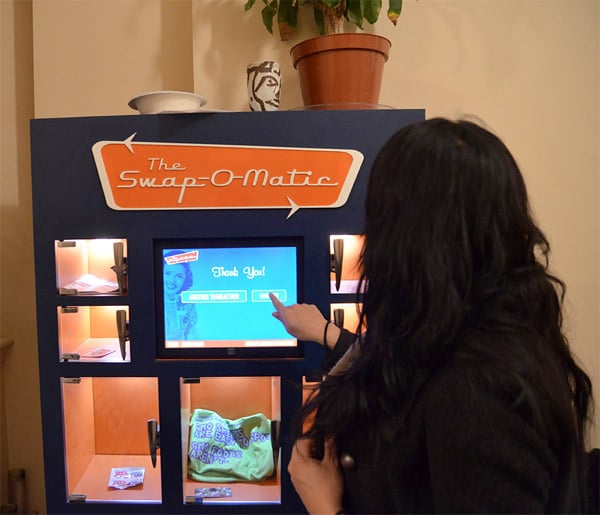 The designer behind the Swap-O-Matic is Brooklyn designer Lina Fenequito. Her vending machine has thirteen compartments where the items to be traded can be placed in. It issues credits as its currency instead of cash. Using the touchscreen interface, users can keep track of their credits, put their stuff up for swapping, and take stuff that they want as well. 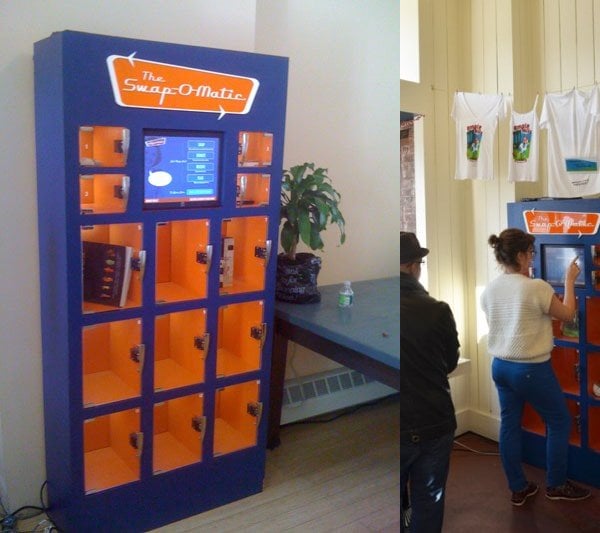 Swap-o-Matic is a great idea, but until someone comes along to fund larger scale production and distribution, it will likely remain the only one of its kind.

[via Springwise via Gizmag]