According to the Geek Zodiac, 2012 is the Year of the Undead

… and of the Undead Slayer. Because being born in the year of the dumbest monster is quite depressing. Invented by James F. Wright and Joshua G. Eckert, the Geek Zodiac takes its cue from the Chinese Zodiac, but instead of animals the two assigned science fiction and fantasy archetypes to the 12-year cycle. 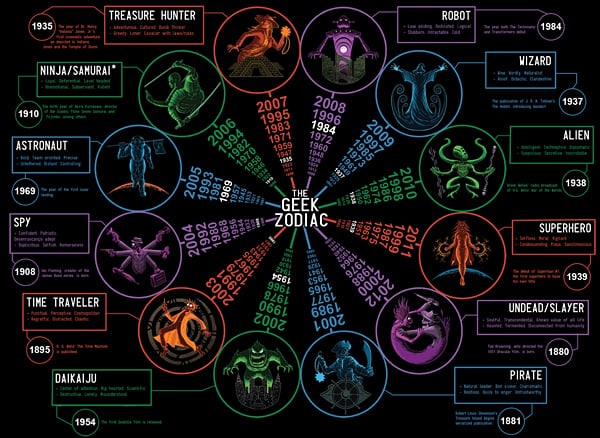 I’m not sure what reason the ancient Chinese had for using animals and why they were assigned to their respective years, but Wright actually provides historical justification as to how the Geek Zodiac is arranged. For example, the Alien sign takes 1938 – and all years in its cycle – because that was the year when the infamous radio broadcast of H.G. Welles’ War of the Worlds occurred. You can browse the details of each sign on the gallery below, or you can head to the Geek Zodiac website for the original charts. 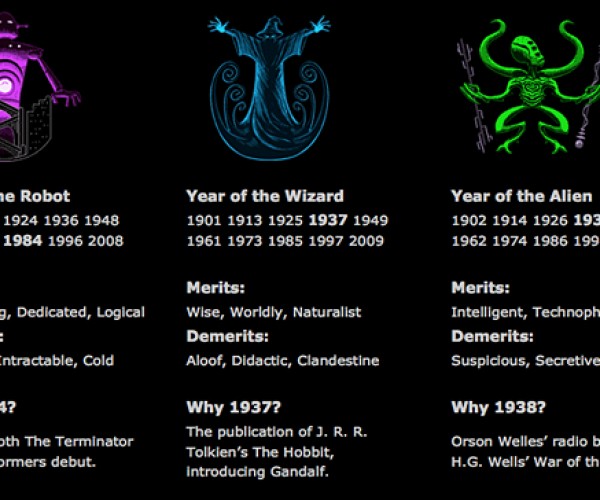 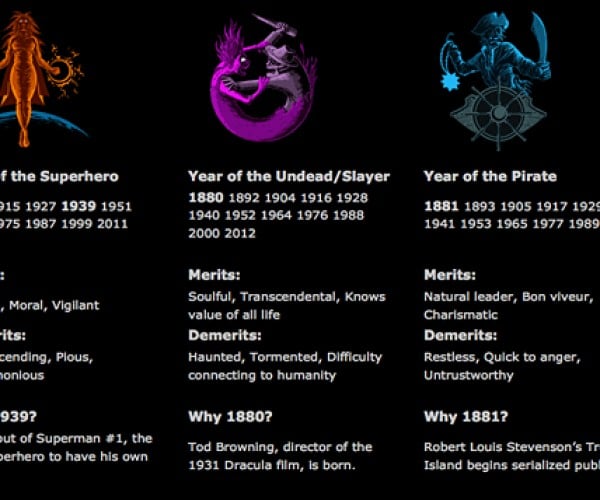 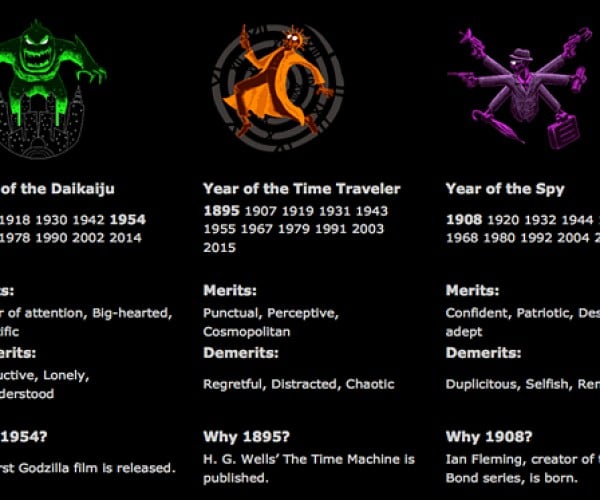 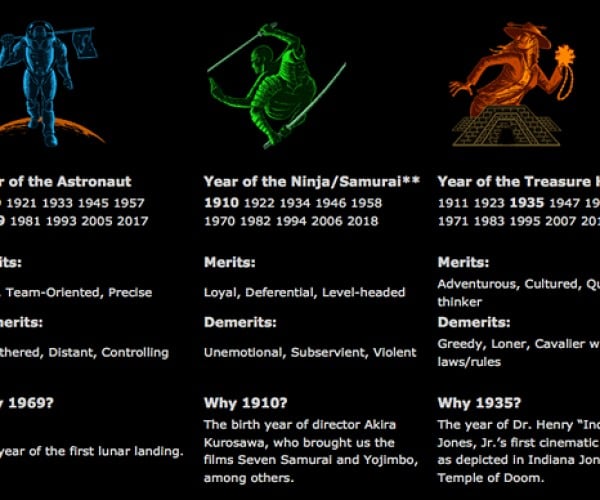 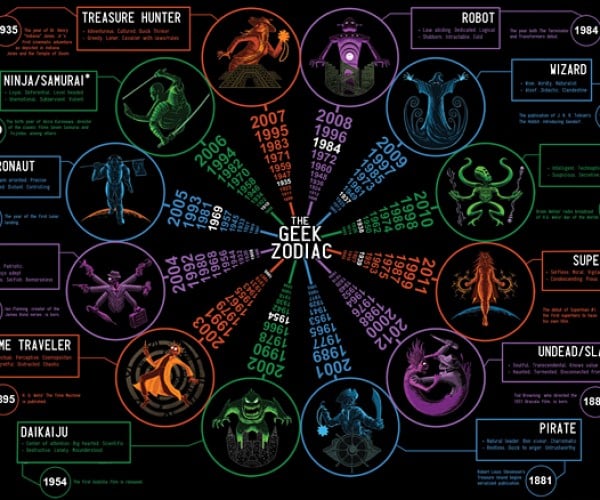 Wright and Eckert have since turned the concept into a comic, which you can also read on their website. You can also get Geek Zodiac merchandise at Zazzle, including a poster of the zodiac itself. So what’s your sign?