Godfather Casemod Makes You an Offer You Can’t Refuse

It’s been a while since I’ve spotted a cool casemod I thought was worth of a mention. Here’s one that I think you’ll like – assuming you enjoy movies about the mob. What you’re looking at here, my friends, is the Godfather of computers, literally. 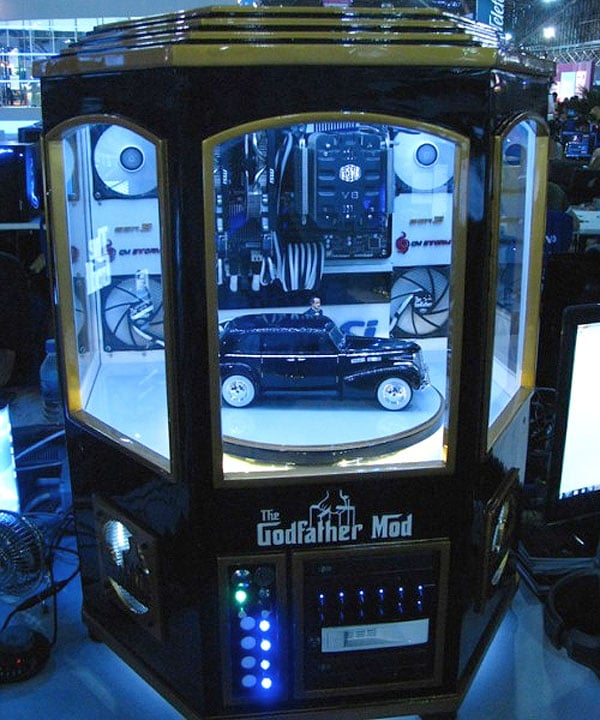 While you might have thought it would be riddled with bullets, or maybe involve a horse head, it’s really just a massive, powerful PC in an ornate case. Inside, a 1940 Cadillac Fleetwood spins on a turntable as Don Corleone keeps his watchful eye on the mobo, power supply and cooling system, powered by MSI and Cooler Master components. 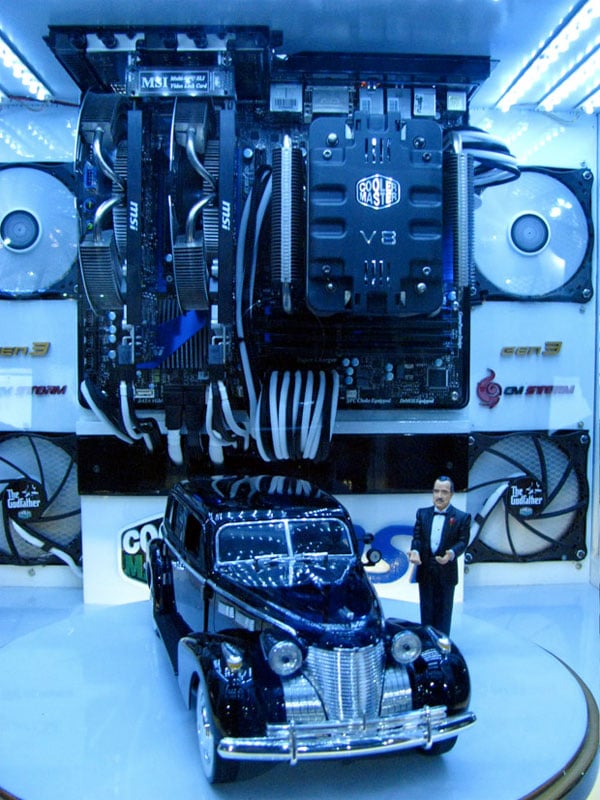 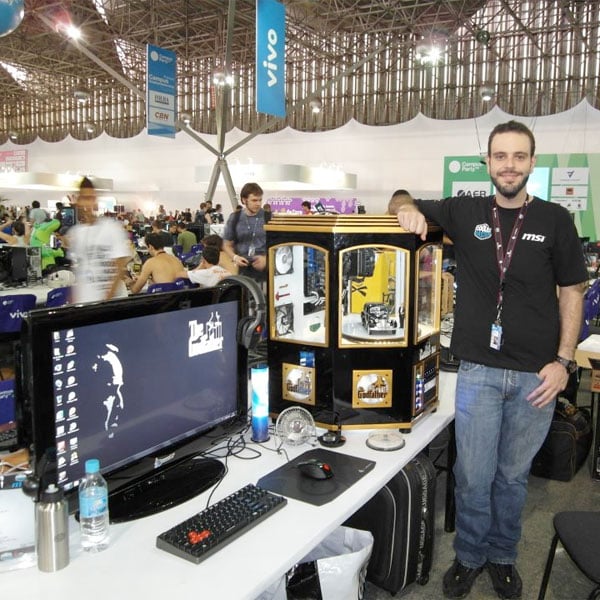 The guys over at Case Mod Blog spotted the Godfather PC casemod at the recent Campus Party event in Sao Paolo, Brazil. The case was made by Omar Majzoub – the same guy who brought us last year’s evil-filled Chucky casemod.

Maybe it’s just me, but I expected more blood.

[via Case Mod Blog and Bahia.com]