I would have to think that being an engineer on a prototype weapons program would be all kinds of bad-ass. I would like to be a member the team behind the latest new weapon that the U.S. Navy is about to begin testing. It’s a freakin’ railgun! The Navy has been testing railguns in the past, but this particular prototype is the first industry-built model. 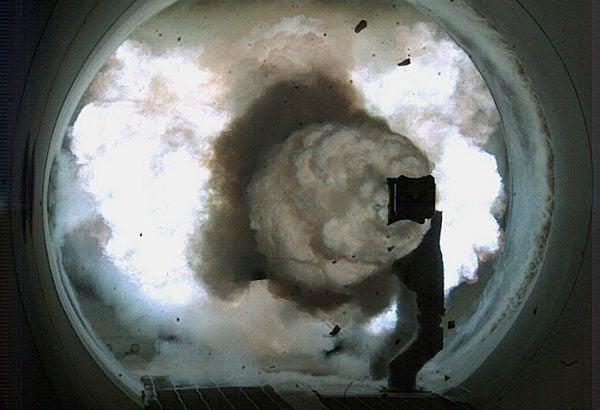 This weapon, made by BAE Systems, is targeting a range of 50 to 100 nautical miles to start with and the Navy plans to increase the range 220 nautical miles. The railgun uses 32-megajoules of electromagnetic energy to fling a projectile down a pair of rails at anywhere from 4500 to 5600 mph. That is seriously hellafast.

In fact, it is so fast that explosives aren’t needed to destroy a target. No gunpowder, or high explosives, just pure raw speed and momentum will obliterate whatever that projectile hits. The Navy said to be in testing the new prototype this month while it waits for a second prototype to be delivered that is constructed by a different contractor, General Atomics. The day I can deer hunt with a railgun, will be the day I kill my first Bambi.