I remember back in high school when everyone would scramble to hide their cell phones in every nook or cranny whenever an unannounced inspection was about to be conducted. Teachers eventually learned which hiding spots students used, resulting in more phones getting confiscated and more parents phoned about their child’s misdeeds.

On a related note, New York City’s public schools have imposed a similar ban on mobile phones. But instead of shutting things down completely, it has instead given rise to portable storage trucks that let students check their phones by paying a dollar a day to store their gadgets. 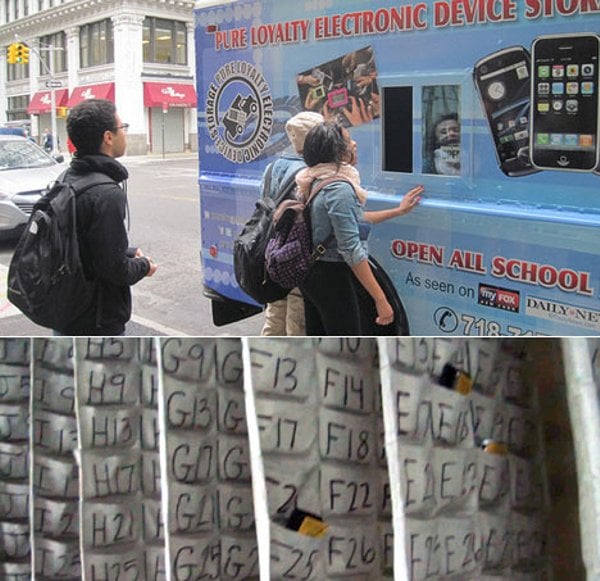 These cell phone storage trucks are the brainchild of Pure Loyalty Electronic Device Storage, which has been deploying their brightly-painted storage trucks to schools that have metal detectors at their entrances (so students can’t smuggle in their mobiles.) It might sound like a silly idea, but these trucks are pretty popular: they serve an estimated 500 to 550 students per day from the Bronx’s DeWitt Clinton High School alone.

[via Kottke and NYT via Core77]