Bugs of most types and all sizes make me queasy. The little ones, I don’t mind. But if they’re more than two centimeters long (or tall), then that’s enough to send me either screaming or running away from them – or both. So you can just imagine how I’d react to people actually eating bugs – and enjoying them. But apparently, there are a lot of people around the world who think of bugs like crickets and wheat worms as delicious treats. 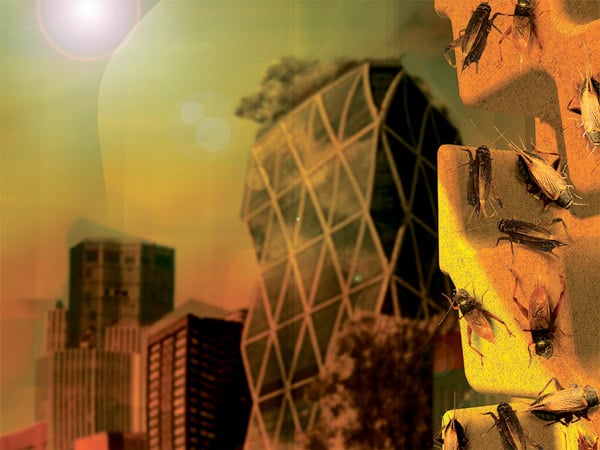 That said, I think Claire Lemarchand’s designs are smart, although they’re not up my alley. Basically, she came up with two urban bug farming units: the Cricket Bigger than Beef and the Wheat Worm Office Farming Unit. 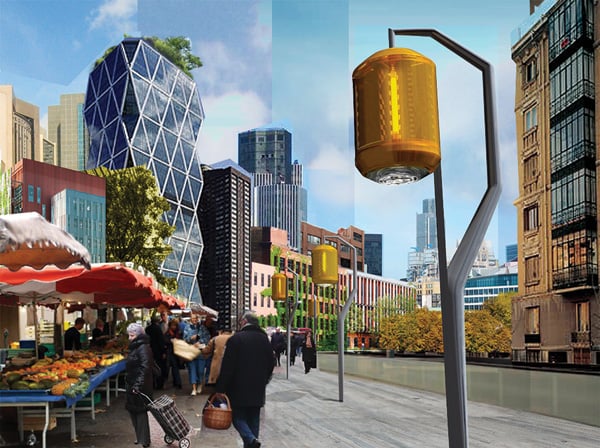 The one for the crickets is meant to be hung around posts in the street, and Claire describes them as follows:

Each cylindrical cricket-farming unit surrounds a light source to optimize the farming yield. It is hung high off the ground to reduce its spatial impact and to keep it out of reach. The ‘farmer’ who feeds the crickets collects fresh food waste from the market and surrounding restaurants. 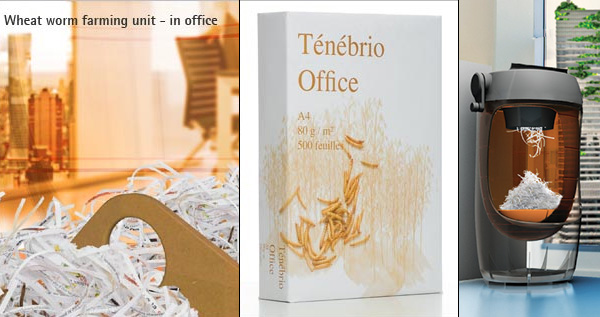 The wheat worm farming unit is a bit of a hassle though, because you’d have to use them in office and make sure you use special office paper that’s fit for consumption for these wheat worms:

The paper is a particular type of special office paper adapted to worm growth. It is made of cellulose and wheat cuticles, and printed with vegetable and organic inks. The unit works as a digestive system, performing the double tasks of paper shredding and farming support. Paper is directly recycled inside the company in order to produce food proteins.

It’s noteworthy, though, that these designs were a 2011 red dot design concept winner. Despite that, they’re not going to get me to start eating bugs. What do you think?