Another week, another deadly weapon from The Slingshot Channel’s Joerg Sprave. His latest creation, a pump-action weapon that fires pencils at 100 miles per hour. 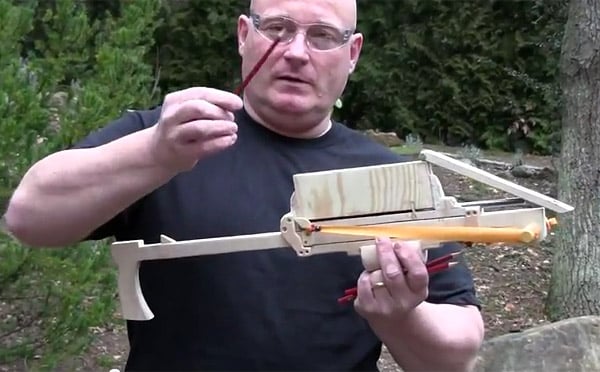 Dubbed the “Nerd Revenge 2000,” his compact weapon can launch up to 10 sharpened pencils in less than 5 seconds, with a simple shotgun-like pumping. You probably never realized just how dangerous a sharp pencil could be until you watch this video:

Even stock pencils can fly about 15 feet with the launcher, but he’s also doctored up some pencils with archery field tips on the ends to make them truly deadly at a greater distance. Another great weapon build, Joerg. I can’t wait to see what you come up with next. Also, I don’t ever want you mad at me. Ever.