The big news lately is that the latest Assassin’s Creed game is set during the American Revolution. And now we have an official trailer, which shows us that the tomahawk that Ratohnaké:ton is carrying is not just for decoration. 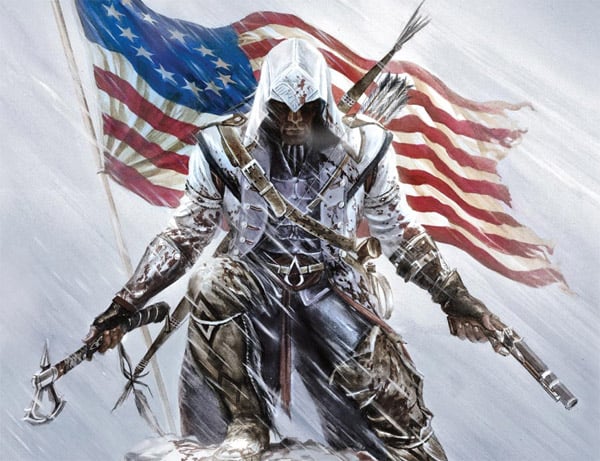 From the look of things there, is plenty of tomahawk killing action. The trailer also shows our new Indian main character racing through the snowy woods as George Washington rallies the troops, plenty of redcoats dying by tomahawk and lots of running and jumping. The new scenery is a welcome change and it all looks great.

The game will be released on October 30th, and you can pre-order it over on Amazon now. I’m looking forward to this one since I love history. Hopefully at least some of this game turns out to be historically accurate. Mostly I just want to kill some evil redcoats with tomahawks, though.