Some video footage has surfaced of a BlackBerry PlayBook tablet being used as a remote control for a robotic car – complete with some soothing soul music. We don’t know much about this project, but we do know that the PlayBook controls the car over the Wi-fi network provided by a BlackBerry Bold 9900 – and the app was written by a guy named Kamila Sternal. That’s something at least. 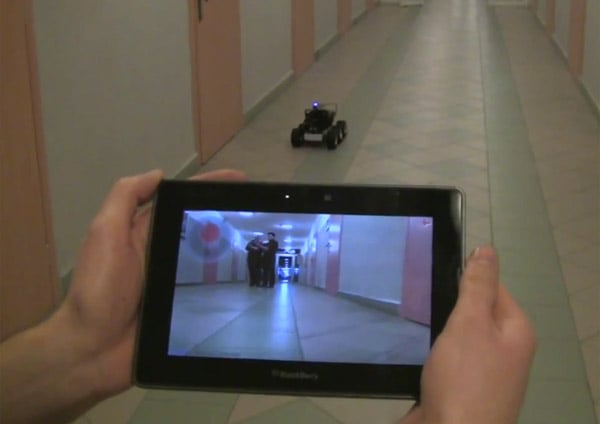 Touch-based controls steer and drive the vehicle, and the app shows you in real time what the car’s onboard camera sees. That means that you could send this car into a scary cave, the sewer system, anywhere you want to explore, but don’t actually want to enter physically.

Looks like a fun project that lets you create a spy car while using your tablet. Does this make you want to get a PlayBook? Looks like you can do more with it than we thought, plus remote-controlled cars are always fun.