I’ve been impressed by many LEGO creations in the past, but nothing beats the level of OMG WTF how did he do that as this Triport Spire. This is a science fiction themed LEGO build so incredibly detailed you can look at the photos for hours and not take in all it has to offer. The Spire is even big enough to house its own little LEGO flying ships. 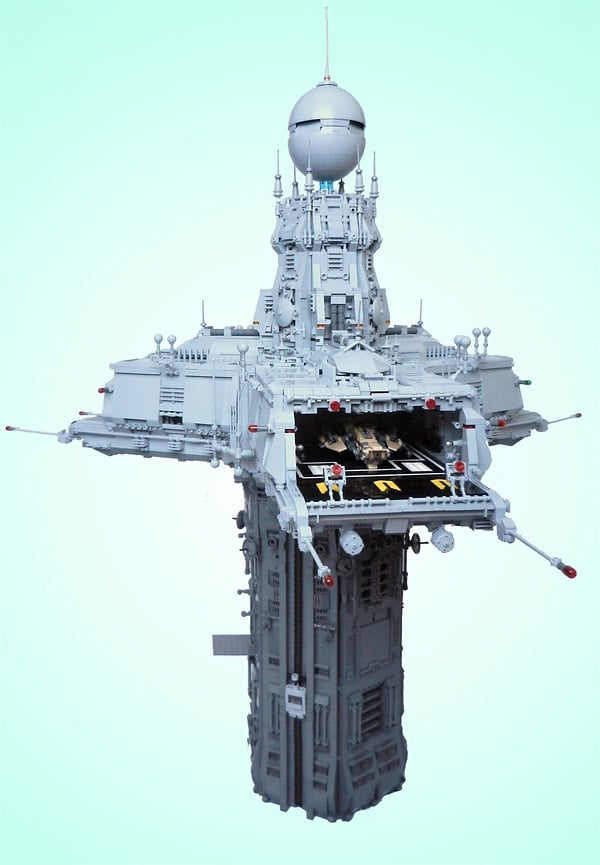 The Spire has a lot of things that you don’t notice at first such as internal lighting powered by a 9V battery and a working elevator. 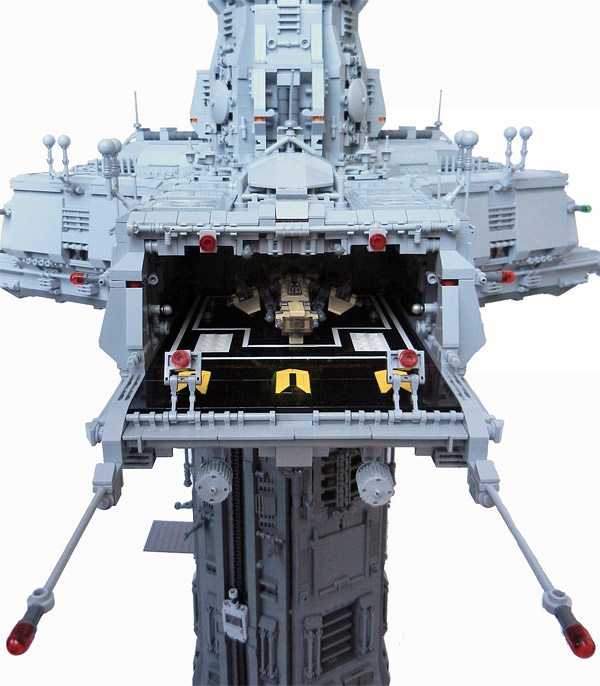 I wonder what all the pieces he used to build this actually came from. I assume the entire build uses LEGO, but some of the stuff so deftly worked into the overall structure that you can’t even tell it’s LEGO. 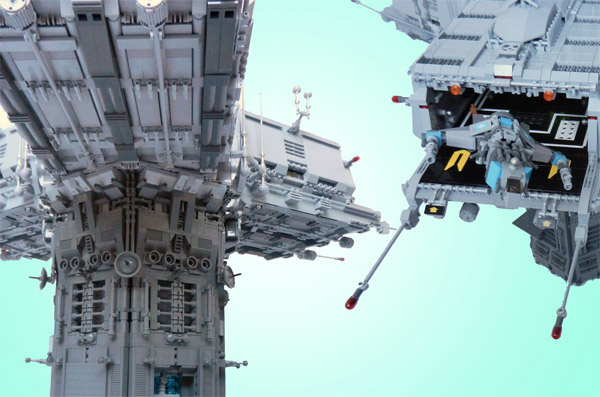 This thing looks more like a miniature made for a science fiction movie than a LEGO build a geek did at home. Check out the Flickr page of builder Tim Goddard (aka Rogue Bantha) to see more of his cool creations. 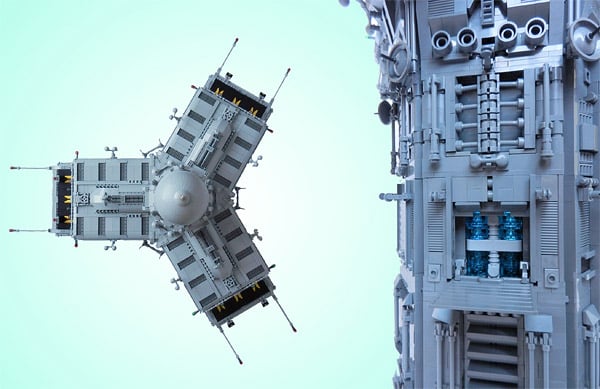