Thinking back to games on 8-bit systems like the NES, one of the things I remember most was the music and sounds they were able to make with the primitive sound technology available at the time.

While tunes the original sounds of Super Mario Bros. will always have a fond place in my heart, today’s game consoles create a much more immersive experience with fully digitized sounds of everything from weapons fire and explosions to symphonies and recorded vocal tracks. But what would a modern A++ title sound like if it were made on an old 8-bit game console. 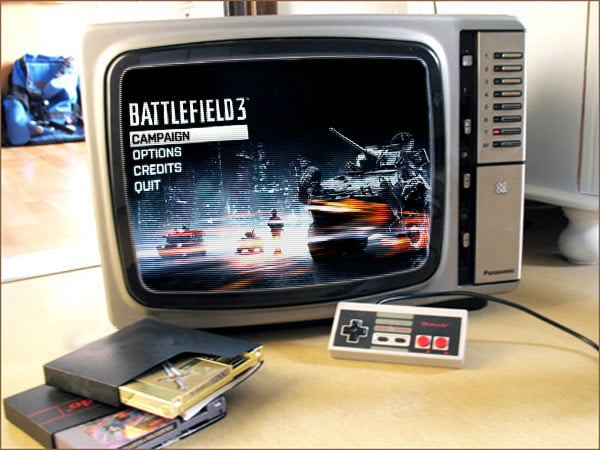 YouTuber Omega52 had the same question, and decided to answer it by replacing the 21st century, Dolby 5.1 cinematic sounds of Battlefield 3, and swap them out with some good old 8-bit beeps and blips. The results are pretty entertaining, if you ask me:

The sounds were all plucked from Contra and Top Gun, while the music came from Journey to Silius and Batman. And if you like that, there’s another BF3/NES mashup floating around with the Super Mario Bros. soundtrack. What other games would you like to hear remade with old-school soundtracks?