Vocaloid Keyboard Literally Lets Its Keys Do the Talking

If auto-tune can’t fix your voice, maybe one day you’ll be able to “sing” through this keyboard. Developed by Yamaha, the Vocaloid keyboard allows users to generate a singing voice in real time. It’s based on the company’s immensely popular Vocaloid software, which lets users synthesize a singing voice by manipulating samples of actual human voices. 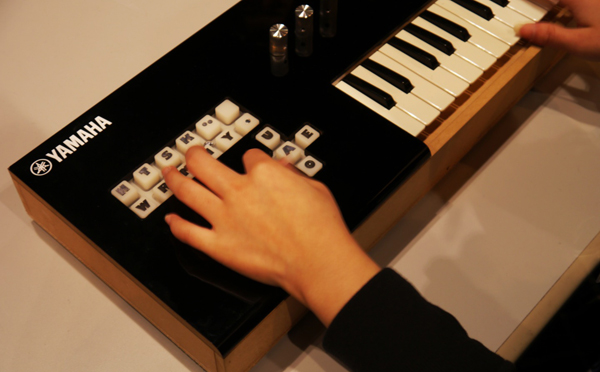 The Vocaloid keyboard works similarly as its software counterpart. The player needs to input lyrics – the sounds of letters or words – and melody at the same time. The unit shown here is customized for entering Japanese characters and has separate buttons for consonants and vowels.

Yamaha and Valve should release a GLaDOS keyboard. I bet that would be the American Hatsune Miku. Either that or a Morgan Freeman keyboard.