I try to avoid driving on roads which still show evidence of some wild party that probably went on the night before: discarded plastic bags, crushed plastic cups, and shards of glass from broken bottles all around. Obviously not a pretty sight (and even unprettier for my car’s wheels.)

So to encourage people to stop smashing their bottles in the streets and recycle them instead,  Paul Ketz came up with the Pfandring. 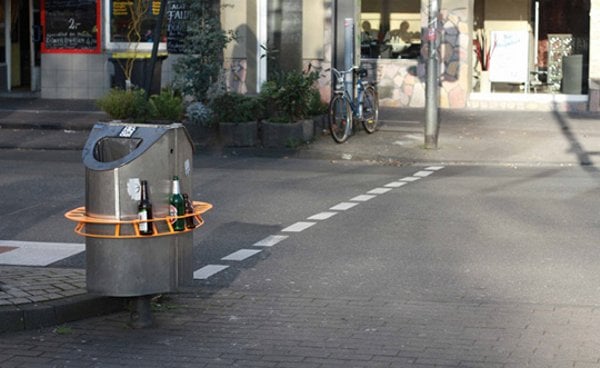 It’s a simple, ring-like installation which is made to fit around public garbage bins. In a way, you could think of it as a bottle rack where empty bottles of booze or soda can be placed on. 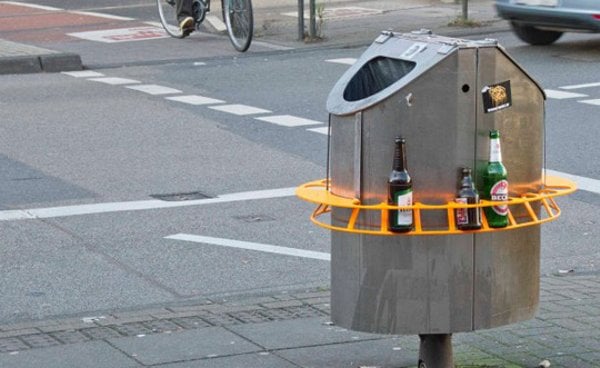 When some green-minded and environmentally-friendly folks happen upon any filled Pfandrings, they can grab the bottles and drop them off at the nearest recycling center to make some extra cash. It’s a neat idea that can benefit a lot of people and the environment at the same time.

[via Urbansh*t via Pop Up City]