Soundvertising: The Way to Stomachs is Through Your Ears

Traffic is getting pretty bad all over the world. So it makes sense that companies have decided to capitalize on this literal traffic by taking their advertising campaigns to the streets. 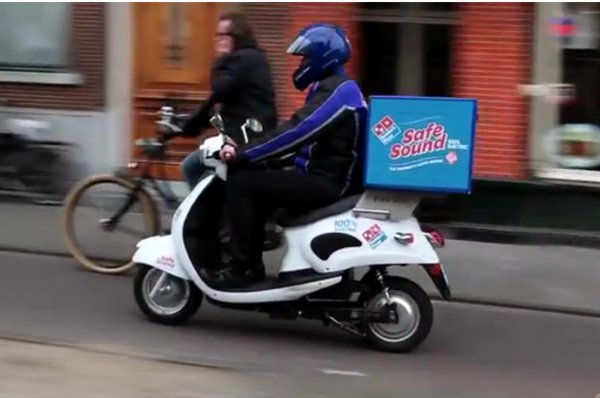 Imagine getting stuck in some insane traffic on the way home. As you’re making one final left, you hear something that goes “Mmm… Tasty!” to your right as a Domino’s Pizza scooter pushes past you. What do you think you’ll be craving for dinner?

This is what Domino’s is doing in Amsterdam, although instead of “tasty”, their scooters actually say “lekker” (which means the same thing in English.) They also make funny human-made engine noises despite the fact that they’re electric.

The kooky campaign was thought up by Indie Amsterdam.