NASA and General Motors teamed up a while back to create a humanoid robot called Robonaut 2 or R2. R2 is now on the International Space Station where it will be used to conduct repairs and maintenance outside the space station. Russia has how unveiled a new robot called SAR-400, and hopes to send it to the ISS within a couple years as well. 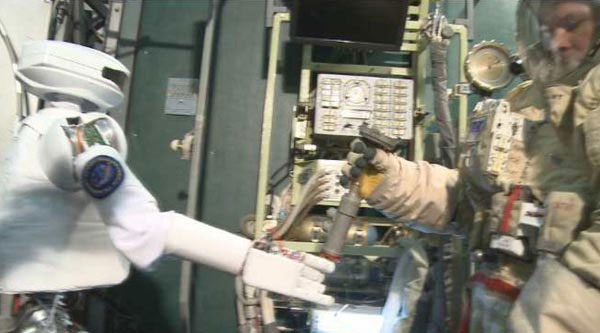 The Russian robot has no legs, just like R2, and is designed to connect to a crane operated on the space station. SAR-400 would be remotely operated by the controller wearing a head mounted display, jacket, and gloves that would relay the movements directly to the robot’s body. One of the most interesting things is that the Russian robot has tactile feedback. 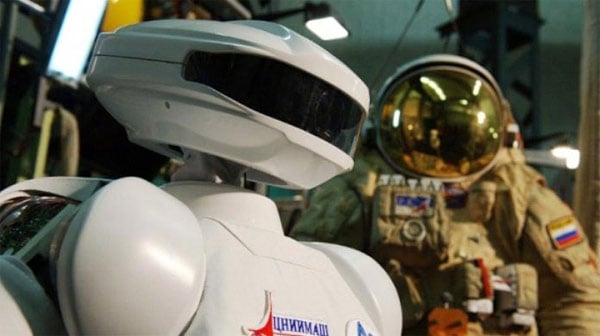 The gloves that operator wears will squeeze the hands to allow them to feel the tool the robot is using in their hand remotely. That same feedback sensation can also alert the operator if the robot’s hand becomes stuck while working outside the space station. I have to wonder if there’s some R2 tech in the SAR-400, given the similarities between the two robots.