Stormtrooper Basketball Jersey: There’s Only One Team Playing for the Empire

Ever wondered what stormtroopers do for fun? How about a pleasant basketball game, between the Rebel Alliance and the Empire. Who would win? Well, if you want to root for the Dark Side of the Force, then you should get this basketball jersey, which will allow you to play for the only important team, the Empire’s. 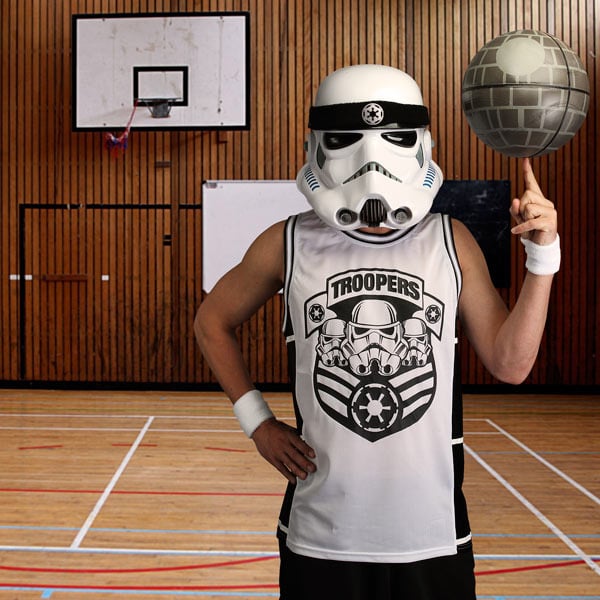 While the jersey doesn’t come with a helmet, it’s probably best to not wear one when playing hoops anyhow. You’ll probably end up kicking Rebel scum ass, while playing as Trooper 77. Worst case, you can always take out your blaster and smoke them. 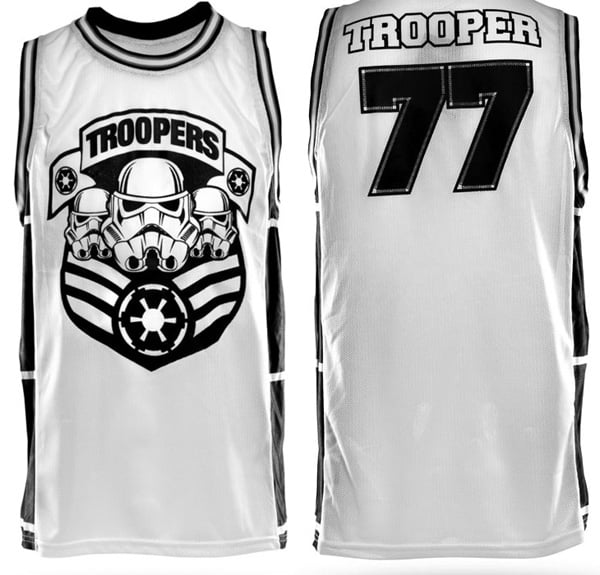 You can get your officially-licensed Stormtrooper Basketball Jersey from ThinkGeek for $29.99(USD). I wonder if they’ll release that Death Star basketball and/or some more jerseys in the future.