Watch below as Kenji Ishida’s transforming car changes from a car to a fully working robot just like in the kids cartoons – with no help from Michael Bay’s effects team. We’re not quite sure if it is a Autobot or a Decepticon, but it is 100% awesome. 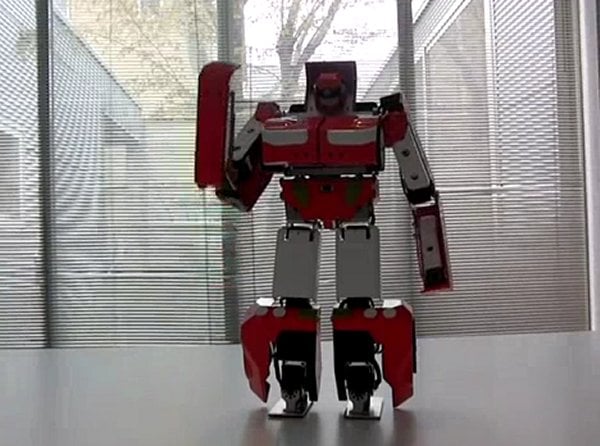 We’ve seen transforming cars before, but this one transforms smoothly and quickly when it switches modes between vehicle and humanoid. That’s because 22 high-quality servo motors allow precise control of the model as it moves. This ‘bot even throws punches and moves around as it readies for battle.

The motion is a bit eerie (but awesome!) and makes you look to the sky to see if Skynet is orbiting above your house. This is the eighth revision of the Transformer robot, so it’s clear that Kenji has been working on perfecting it for years.

[via Plastic Pals via Geek]