Aside from the game’s launch day problems, one of the issues that Blizzard faced with Diablo III was the outrage of some fans regarding the game’s art direction, i.e. that it wasn’t as dark or grim as the previous games. This is the developer’s response: a secret level that is bursting with brightness and happiness. 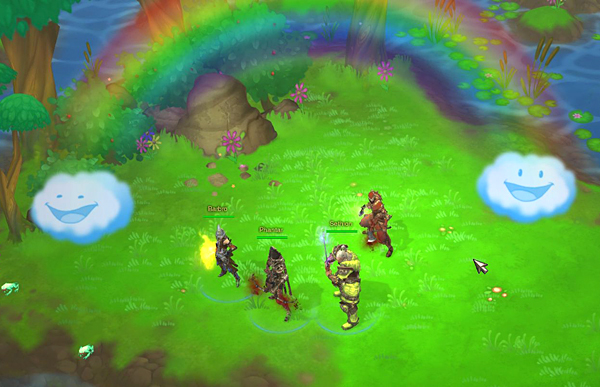 The level is appropriately called Whimsyshire. It can only be reached by playing a game-long Easter Egg hunt of sorts. You’ll have to collect items and a plan as you play the game. Here’s footage of Sanctuary’s dreamland:

If you want to join in on the fun, BattleNet forum member Zerofire will tell you how to get to Whimsyshire. If only there was a secret offline single player level.