I could never build a gigantic LEGO creation like this world record-breaking tower. I tend to get bored after building a couple of LEGO cars or houses with my kids. That didn’t stop a group of LEGO fans in South Korea from constructing this 104-foot, 8-inch-tall LEGO tower, breaking the previous world record. The previous tallest LEGO creation stood at “just” 103 feet, 8-inches tall. 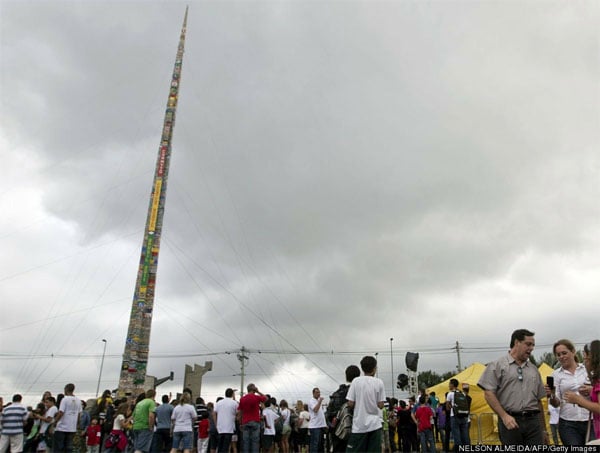 The tower reminds me more than a bit of the Washington Monument. The tower is larger at the base in the tip and uses supporting guide wires along the way to keep it from toppling over onto the crowds. The project used over 500,000 LEGO bricks when all was said and done.

Among the builders were 4000 local kids conscribed into LEGO labor. By that, I mean the children won a contest and were allowed to help build the massive tower. Don’t expect to see LEGO release this tower as an off-the-shelf kit any time soon.