I’ve got both an iPhone 4 and a 3rd gen iPad, and find that the Retina displays on both of these is about as sharp as my eyes can make out. So the idea of a small display with an even greater pixel density doesn’t seem all that necessary. But this being the world that we live in, some believe that more is always better.

Take, for instance, LG, who has announced a new AH-IPS (Advanced High Performance In-Plane Switching) display capable of true 1080p (1920×1080) resolution in just a 5-inch screen. At that resolution, the display has a staggering 440 pixel per inch density. 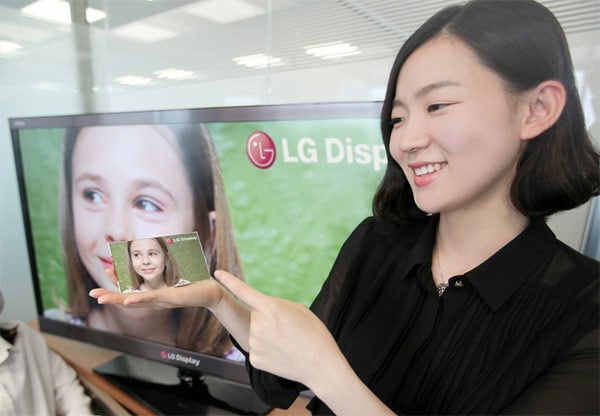 The iPhone 4 “only” has 326ppi, and the new iPad has just 276ppi. So what exactly does that mean? Well, the LG display is going to be insanely sharp. While I don’t necessarily think that the added density is a must, the fact that it runs at a true native 1080p resolution should make for beautifullly crisp and accurate playback of true HD content, without some of the artifacts which occur when up- or down- converting these sources to the odd display resolutions that Apple has chosen for its mobile displays.

That all said, there’s always a chance that Apple has something similar up its sleeves for the iPhone 5. Rumor has it that it will actually have a 16:9 proportion screen, though it would be a 4-inch diagonal, not 5-inch like the LG screen. Either way, I think the pixel density wars are well underway, and it won’t be long before we’re all being asked to upgrade our 1080p living room TVs with their paltry low pixel density to crazy QHD 4K screens. And then 16K HD, and so on. By that time of course, my eyesight will be so bad that it won’t really matter, and you can just set an old 1970s CRT in front of me and I won’t be able to tell the difference.

[via Mashable via Cult of Mac]