Some guy created an amazing scene inside of his fish tank. It’s not the usual aquatic theme. Instead it is a Super Mario Bros. level submerged underwater, flagpole and all. You would think that he would create one of the underwater levels, but that’s okay, this level is still completely amazing underwater. 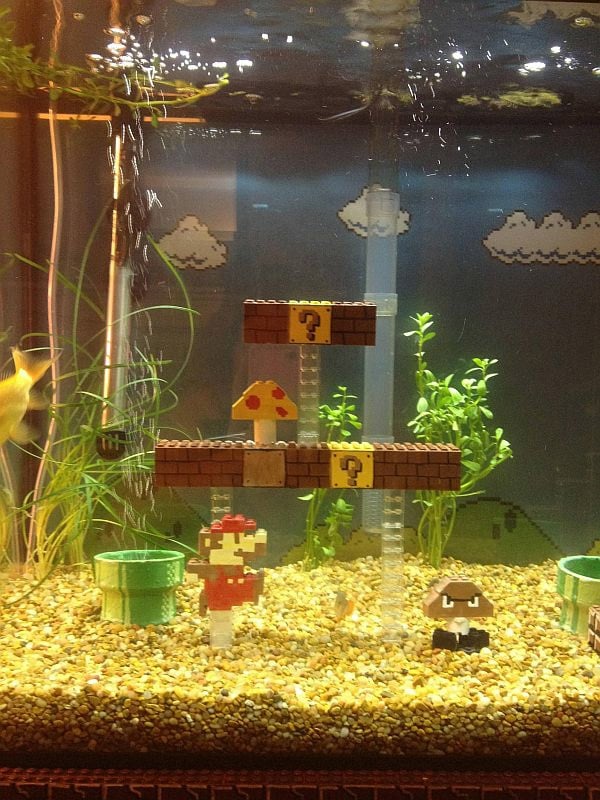 Too bad it’s not playable, because I would love to see how fish react to Mario moving about. Future Mario aquarium builders won’t have an easy time outdoing this one. All of you goldfish lovers now have a project for the summer and we want to see the results. Check out the build photos here if you want some ideas. 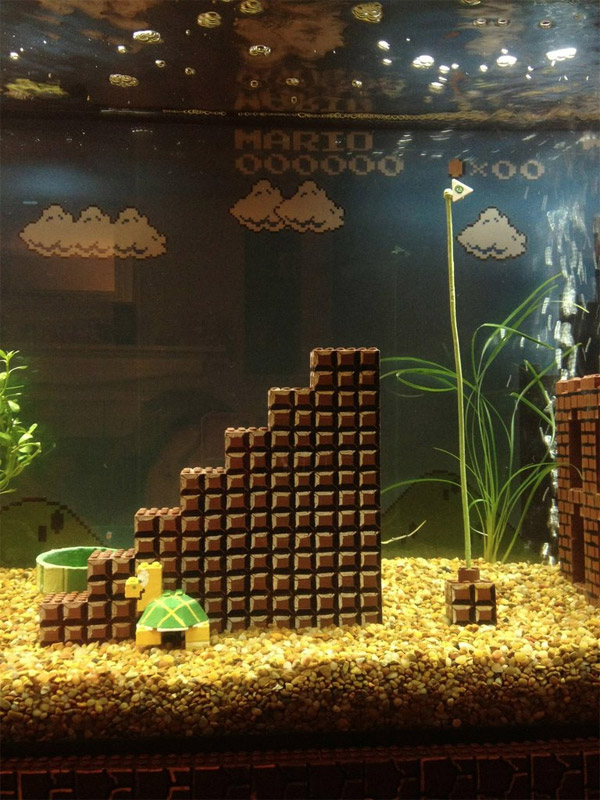 The builder did an amazing job on this one. They really should sell themed aquariums like this in the store. They could make a ton of money off of geeks like me.